It’s time to suit up and gather your dice because Larian Studios has announced Baldur’s Gate 3 release date.

Showcased at The Game Awards 2022, we now know that Baldur’s Gate 3 finally be in our grasp come August 2023, three years after its early access was released, so hopefully, we can expect some significant changes since then.

While we already know about Baldur’s Gate 3, featuring all 12 D&D 5E classes and all the narrative plots, quests and characters we promised, the trailer also lets us into what we can expect from playing this incredible-looking D&D RPG game.

Baldur’s Gate 3 seems to be a fantastic melting pot of D&D goodies wrapped together in a game that is pretty pleasing to look at. There’s a tentacled Chthulu-esk monster, elven cities, bustling ports and ethereal music to tie it all together. What else is there to want?

It’s gloomy and disgusting where it needs to be, (I’m looking at you, draw of maggot parasites) but also jaw-droppingly stunning in the light of day. I can only imagine the sites you’ll be able to discover.

But it seems like there won’t be much time for site-seeing, not with a mind-flayer tadpole in your brain. You’ll have to find a solution and save the day while finding allies and fighting enemies; that’s a piece of cake.

In simple terms, just try to get the guy who ripped his way out of a chest with fangs on your side; that seems like it would help. 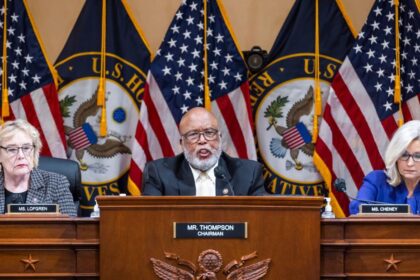 Here’s what happens to the January 6 committee’s work once the GOP takes over the US House CNN.com – RSS Channel – US