New OLED TVs with significantly brighter output look set to be on their way, thanks to a breakthrough in how the panels are manufactured.

As reported by FlatpanelsHD, Universal Display (UDC – one of the largest OLED material makers), says it is on target to commercialize phosphorescent blue emitters by the end of 2024 that could appear in the best 4K TVs or super-detailed monitors.

To clarify exactly what that means, red, green and blue emitters are among the key components of OLED displays, with two types currently used by panel manufacturers: fluorescence and phosphorescence.

Phosphorescence (PHOLED) emitters are capable of up to 100% internal luminous efficiency, while the far less bright fluorescent counterparts are only capable of around 25% internal efficiency.

Red and green phosphorescence emitters have been used on OLED panels for some time, but up until now manufacturers were unable to create stable blue PHOLED emitters.

As a supplier to BOE, LG Display and Samsung Display, UDC has been working on switching over to blue PHOLED for a number of years, and it now at last appears to be close to approaching manufacturing stage for this hotly-anticipated component.

According to Korean newspaper ETNews, the development was confirmed at the Global Material Parts Equipment Tech Fair earlier this week by UDC’s Vice President of Universal Display, Mike Hack.

Despite the announcement, there’s set to be a long wait before consumers get to see brighter panels using the tech, with no confirmation at this stage as to whether blue PHOLED will be available in time for the manufacture of 2024 OLED TVs.

News of UDC’s impending switch to blue PHOLED should ensure we see OLED TVs with even more HDR pop in the coming years.

The development comes hot on the heels of LG Display’s recent announcement that it is set to start using microlens technology to boost brightness of its TVs by 20% to around 1200 nits.

While doubts still remain on the longevity of OLED TVs over time, owing to screen burn issues, these two new manufacturing developments should ensure that OLED TVs remain the display type of choice for videophiles.

If you’re not prepared to wait for those ultra bright OLED’s to hit the market and want to snap up a new TV ahead of the Holiday season proper, check our list of the best 4K TV deals currently live, wherever you are. 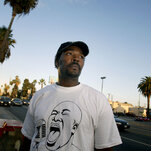