After years of trying to find the app that was slowing down your PC in a long list, Task Manager is getting a search bar in an upcoming Windows 11 update, so you quickly can type in the app in question and close it.

According to Windows Latest, this is currently a hidden feature in the Insider builds, which allows you to test features that may or may not appear in a future update for everyone.

However, a search bar in Task Manager is something many have been requesting for a long time, so we don’t expect this to disappear anytime soon.

This is only further proof of how Microsoft is looking at the smaller details in its existing apps to reduce the frustrations many of us have had across Windows in the last few decades.

Task Manager is getting better with every update

Task Manager is mostly the ‘cure all’ of Windows issues, where you can go in by pressing CTRL + ALT + DELETE, or by right-clicking the Taskbar, and you can monitor your system’s resource use or force-stop an app that’s become unresponsive.

It’s only in the 2022 update, released in September 2022, that Task Manager saw a glow-up in its design to match the overall look of Windows 11, alongside some new features, and it was a welcome change after what felt like abandonment by Microsoft for so long.

While a search bar sounds like a standard feature to have in a time of being able to ask voice assistants about the weather or to command a Wikipedia search, Task Manager did feel like the odd one out for this.

Once this future update arrives, however, you’ll probably wonder how you managed without it, and what else Task Manager could be getting in other updates down the line. 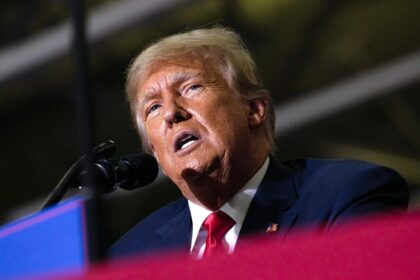 The Justice Department is making clear they don’t believe the former President has returned all materials taken when he left the White House CNN.com – RSS Channel – HP Hero

October 7, 2022
Xbox Game Pass Ultimate is giving you a great reason to finally try Apple TV Plus
Suspect in custody in Istanbul blast that killed 6 and injured 81, officials say
Google Pixel 7 and 7 Pro are getting a built-in VPN at no extra cost
The 2022 Race for the House, in Four Districts, and Four Polls