DJI has already bowled us over this year with the launch of the DJI Mini 3 Pro, but it has another big launch planned for today – and the rumors suggest we could see a new DJI Mavic 3 Classic drone.

The intriguingly-named ‘Explore Vivid’ is scheduled to kick off today at 9am EDT / 1pm GMT, which works out as 12am AEDT on November 3. And you’ll be able to tune in on DJI’s official YouTube channel.

So what exactly are expecting to see? The latest leaks suggest a cheaper version of DJI’s flagship consumer drone called DJI Mavic 3 Classic. And the event’s teaser image certainly seems to back that up, showing the signature Hasselblad camera that appears on the current DJI Mavic 3.

But there are a lot of unanswered questions. For starters, DJI’s teaser doesn’t actually show a drone, which has led some to speculate (or perhaps hope) that we’ll instead see a sequel to the DJI Pocket 2, a pocket vlogging camera.

The leaks so far suggest otherwise, but will the rumored lack of a telephoto lens on the DJI Mavic 3 Classic be the only difference from the current Mavic 3, which we rate as one of the best drones you can buy? And could DJI have some extra surprises up its sleeve?

Hello, I’m Mark (TechRadar’s Cameras editor) and I’ll be your co-pilot for today’s big DJI launch. I’ve covered and tested DJI drones for years going all the way back to the original DJI Spark in 2017, so I’m looking forward to seeing exactly what lands today.

The event’s ‘Explore Vivid’ doesn’t give away a huge amount, but that Hasselblad camera in the teaser poster does point towards a new drone, like the rumored DJI Mavic 3 Classic. So if you’re in the market for a new flying camera (or are just interested in where they’re gliding to next), pull up a seat and join us as we count down to take-off.

How can you tune into today’s DJI launch? There’s now a placeholder on DJI’s official YouTube channel above, which is where the announcement will take place today at 9am EDT / 1pm GMT. If you’re in Australia, that works out as 12am AEDT on November 3.

That means we’re now less than five hours away from the official lift-off, which gives us plenty of time to dig into those Mavic 3 Classic rumors and work out whether it all adds up to a compelling potential Christmas present. As someone who bought a DJI Mini 3 Pro earlier this year, I have some thoughts on that.

If you’re new to DJI drones, here’s a quick primer on its current lineup. Despite some fresh competition from the likes of Autel, DJI is still by far the biggest maker of consumer flying cameras – and its range is now split into four sub-brands.

DJI’s small, entry-level drones are the ‘Mini’ series, headed by the DJI Mini 3 Pro. Just above from them is the mid-range ‘Air’ series, which despite the name are slightly bigger and have cameras with larger sensors (like the 1-inch DJI Air 2S, which previously topped of our guide to the best drones you can buy).

But above both of those is the ‘Mavic’ series, which started back in 2016 with the DJI Mavic Pro. The DJI Mavic 3, which packs a large Four Thirds sensor into its folding body, is the spiritual successor to that original model. But with a US$2,199 / £1,879 / AU$3,099 price tag, it isn’t exactly cheap – hence the rumors about a DJI Mavic 3 Classic launching today.

Buzzing around parallel to these three main species of DJI drone is a new FPV model called the DJI Avata. It’s a super-fun intro to FPV flying, but a bit more niche than what we’re expecting to see today.

A rather bizarre SiriusXM code flaw could unlock your smart vehicle

5G will reach one billion subscribers this year 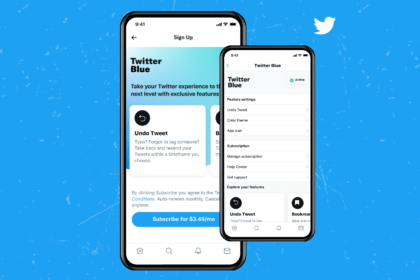