If you’re the type of superfan who loves getting the most of their Slack experience, a new update should help you feel more in contact with your team than ever before.

The collaboration platform has announced it is introducing typing indicators for threads, letting users know exactly when their colleagues or friends are replying.

The update, which mirrors what already happens in Slack channels, was revealed on Twitter by Johnny Rodgers, principal software engineer at Slack, and is rolling out now to users across the world to start enjoying.

Slack says the change should help users focus on the conversations they value the most, particularly in big businesses where users may be part of a large number of channels and conversations.

But if you aren’t a fan, they can be disabled by heading to the preferences menu, where in the “Messages & media” section, users can uncheck the box next to “Display information about who is currently typing a message.”

The update is the latest in a series of upgrades made by Slack as it looks to help users get more out of the platform.

> Why Slack isn’t afraid of Teams or any other competitor

> Our list of the best headsets for conference calls

Other recent additions include the ability to launch quick video chats in Slack Huddles, its impromptu meeting tool, alongside audio calls. It also added multi-person screen-sharing, emojis and reactions, and message threads that pull through to the associated channel after the call has ended.

The company also recently launched a new-look version of the Slack Workflow Builder, its tool that allows any worker to automate their workflows, without having to wait on overburdened dev teams or write the code themselves.

The launches come after a recent survey by Slack found many workplace leaders are feeling the pressure of the “new normal”, and are leaning back on “old habits” to compensate. Overall, hybrid and remote workers were 52% more likely to say their company’s culture has improved over the last two years, with flexible work policies being the leading reason. As a result, 11% reported greater work-life balance, 25% less stress, and 6% higher productivity.

Our list of the best video conferencing software around 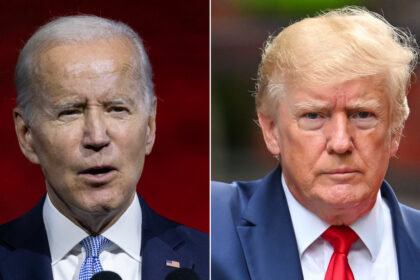 September 2, 2022
European teams: Won’t wear ‘One Love’ armband at World Cup
Cruise ship cabins and sheep curd: what can World Cup fans expect? Football | The Guardian
The ’12 Days of Christmas’ gifts will set you back a lot more this year CNN.com – RSS Channel – US
Christina Applegate gained 40 pounds, ‘can’t walk without a cane’ amid MS battle