Microsoft is looking to help users get some peace and quiet to be productive thanks to a new Outlook update.

The email client is introducing “Focus Time”, which will allow users to silence all notifications for a set period of time, allowing them to power through those vital tasks.

In an update on the official Microsoft 365 roadmap, the company notes that users will be able to block out time in their Outlook calendar to get a little peace. Doing so will mute notifications not just from Outlook, but also from Microsoft Teams, cutting users off from two of the most disruptive presences for many workers.

The post also added that users will be able to block out “focus events” directly from their Outlook calendar, which should be visible to anyone else that has access to a specific calendar, meaning colleagues, co-workers or clients should leave you in peace.

The update is still listed as being “in development” at this time, but has a mooted general availability date of January 2023. When released, Microsoft is looking to make the feature available to Outlook users across Web, desktop, iOS and Android.

> Don’t panic, but Outlook for Web is moving a whole lot of stuff around

> Outlook update solves a problem that should never have existed

The news is fairly similar to a feature previously introduced by Google Workspace to its calendar app. Its “focus time” tool allows users to block out periods of time where they can avoid meetings and get their heads down for actual work.

Setting such a marker in a Google Calendar will also allow users to automatically decline meetings, meaning no last-minute rush to finish off work.

The firm’s calendar app is also making it easier to spot some free time for an appointment or meeting with an upgraded schedule sharing feature that could boost smaller businesses by upgrading its “booking page” system, where users can display their availability with other contacts, by adding a new Share button for smoother sharing.

Google Pixel 6 problems: all the known problems and solutions

iFi’s smallest ever portable DAC wants to big up the sound from your Mac, PC or phone 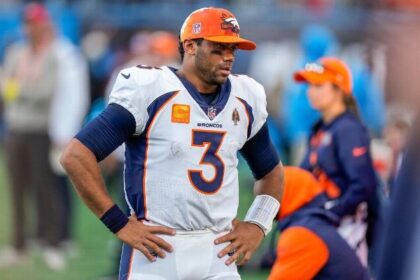 November 28, 2022
Walmart has a Chromebook for just $79 in its early Black Friday deals
The state of Texas A&M: What’s keeping Jimbo Fisher and the Aggies from taking the next step? www.espn.com – TOP
Chinese EV maker Nio resumes production after COVID shutdown
‘I felt betrayed’: Ronaldo aims broadside at Ten Hag and Manchester United Football | The Guardian