Things are quiet on the new phone front right now, but another busy period is right around the corner, with the Xiaomi 13 line likely to be among the first of an influx of new handsets, and we now have a good idea of what to expect from the Pro model.

The Xiaomi 12 Pro will also apparently have a 4,800mAh battery with very fast 120W charging, and will run Android 13 with Xiaomi’s MIUI 14 interface.

On the camera front, the Xiaomi 13 Pro will supposedly have a 50MP main snapper, using the large 1-inch IMX989 sensor found in the Xiaomi 12S Ultra, plus a 50MP ultra-wide camera and a 50MP telephoto sensor, while the selfie camera will apparently be 32MP unit (presumed to pixel-bin down to 8MP shots, by default).

There’s also mention of Leica color science being used for the cameras, along with a Surge C2 ISP (image signal processor) and a Surge P2 chip that aids charging – Surge being a brand name that Xiaomi likes to use for its own silicon. All of that was also used by the Xiaomi 12 Pro, though. Finally, in a follow-up tweet, Brar stated that the Xiaomi 13 Pro will have an IP rating – likely IP68, so you can expect water resistance too.

As ever we’d take these claims with a pinch of salt, but there’s nothing that sounds particularly unlikely here.

If these specs are accurate, then the Xiaomi 13 Pro is likely to have an impressive main camera, speedy charging, and a powerful SoC – though on the chipset front, it will probably be no better than the Samsung Galaxy S23 line and lots of other 2023 flagships, as the Snapdragon 8 Gen 2 is expected to be the main high-end Android chipset in use next year.

Analysis: competing with the Samsung Galaxy S23 Plus

Given that the Xiaomi 13 Pro might sit in the middle of the Xiaomi 12 line – underneath a possible Xiaomi 13 Ultra – and considering these rumored specs, its main competitor will probably be the Samsung Galaxy S23 Plus.

That phone will likely also have a Snapdragon 8 Gen 2 chipset, along with a similar size screen, with rumors pointing to a 6.6-inch display. However, the battery could be slightly lower capacity at 4,700mAh and much slower to charge, at 25W.

The camera specs could also be less impressive on paper, with leaks suggesting they’ll be similar to the Samsung Galaxy S22 Plus’; including a 10MP telephoto camera and a 12MP ultra-wide. There’s less news on the main camera but that could be 50MP again, albeit with a smaller sensor than the Xiaomi 12 Pro is rumored to have.

As well as Xiaomi’s phone potentially having better specs, it could also land first, with reports suggesting it might land in November or December – at least in China, while the Samsung Galaxy S23 line probably won’t be unveiled until early 2023.

Still, both of these phones could rank among the best smartphones, so if you haven’t been tempted by any of 2022’s handsets, you’ll soon have some major new options. 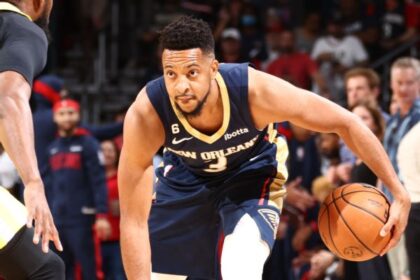