Coming mere months after the brand released the budget, yet impressive, Pebble Plus, the Pebble Pro boast all-new full-range drivers, the latest-gen Bluetooth 5.3 connectivity, and include a digital, rather than analog amplifier stage with built-in sound processing.

Creative claims the new setup allows for more audio headroom, which makes for louder, clearer sound across all volume ranges, along with up to 3.5 times more bass over Pebble V3.

Along with the audio enhancements, the Pebble Pro also feature a new RGB lighting feature at the bottom of each speaker, offering a wide selection of colors along with three lighting effects (Cycle, Pulsate or Solo). Clearly the company is hoping that these will be an entry in the list of the best computer speakers that will entice gamers, and their irrepressible love for RGB.

As with the Pebble Plus, the Pebble Pro’s feature a slightly slanted speaker design for a more directed soundwave angled towards a seated listener’s ears – they’re smaller than most of the best stereo speakers, so this design aims to add expansiveness and height.

Unlike the Pebble Plus, there’s no option for a separate subwoofer, however Creative appears to think you won’t need one thanks to the Pro’s housing design and their BassFlex tuning technology, which they claim can deliver extended low frequency response and pronounced bass, even when the volume is low.

There’s a pretty comprehensive series of connectivity options, with Bluetooth 5.3 support, a 3.5mm aux-in port, headphone and microphone ports, and a USB-C port for audio streaming and power, along with a dedicated volume dial on the front of the right orb that also doubles up a controller for the RGB lighting.

While the speakers can be powered from your computer via the aforementioned USB-C port, to get the full benefit of the Pebble Pro’s you’ll want to connect them up to a 30-watt adaptor, which allows for a beefy 30W RMS and 60W peak output. Sadly, the adaptor isn’t included in the box and is available as optional extra.

We were bowled over by the “criminally cheap” Creative Pebble Plus 2.1 stereo speakers earlier this year, which have raised our expectations for these latest more premium additions to the series.

There’s a slightly larger asking price for these latest dinky desktop speakers, but the new drivers and audio processing should more than justify the extra outlay, and that’s not without factoring in the moody RGB lighting feature.

We’ve reservations about the venerable, noughties-tinged Creative logo being emblazoned on the front of the otherwise tastefully designed balls of sound, and we’re intrigued to hear how low-end thump they can provide without a sub, but we’ve high hopes for the Pebble Pro’s and can’t wait to put them through their paces. 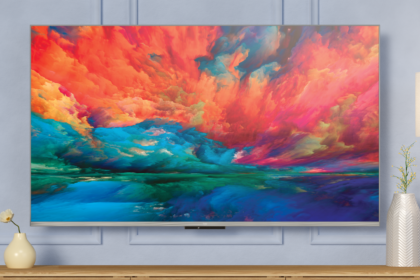 September 30, 2022
Eleven water companies fined and forced to give money off customers’ bills
‘I truly do not get it’: Netflix cancels Fate: The Winx Saga despite chart-topping popularity
Kupp expected to miss 6-8 weeks, sources say www.espn.com – TOP
Beer, sport, men: Inside the ‘Holy Trinity’ of alcohol marketing