Nearly half (42%) of cybersecurity decision-makers are considering leaving their role within the next two years due to stress or burnout, new research has found.

According to findings from Mimecast, stress may already be having a tangible impact on some IT teams; one-third of the teams looked at experienced an increased number of absences due to burnout following an attack.

In fact, nearly two-thirds (64%) of respondents said they have experienced at least one ransomware attack in the past year, rising to 75% for businesses in the U.A.E according to the research.

Two-fifths (40%) of organizations also reportedly experienced significant downtime because of ransomware attacks – although this figure varies widely from 27% in the Nordics to 49% in the U.K.

But that’s not all, 58% of cybersecurity professionals surveyed say that their role gets more stressful every year.

These results shouldn’t really come as that much of a surprise, 2021 was a bumper year for ransomware, as criminals looked to take advantage of some of the endpoints opened up by hybrid working.

A presumably very stressful ransomware attack brought a major US gas pipeline -The Colonial Pipeline – to a standstill in May 2021, leading to a regional emergency declaration in 17 states.

> Deadbolt ransomware is being used to target NAS vendors and customers

> Our guide to the best mobile workstations

Worryingly, there may be no guarantee that there will be enough new entrants to the industry to replace burned-out career changers.

(ISC)2’s 2022 Cybersecurity Workforce Study found that the workforce gap in the cybersecurity industry has grown by over a quarter (26.2%) year-on-year as demand outstrips supply.

These are the best firewalls right now 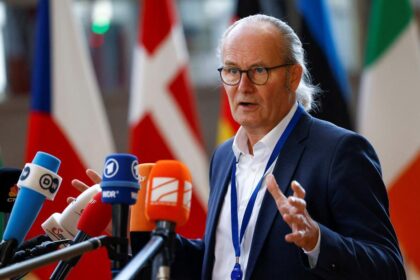