Doctor Who is officially heading to Disney Plus outside of the UK and Ireland from 2023.

Previously, new seasons of the beloved British sci-fi series aired overseas on networks including BBC America, AMC and ABC, but the BBC has announced bold new plans to join forces with Disney Branded Television in a bid to “transform Doctor Who into a global franchise.” The series has also been given a shiny new logo to commemorate the union.

The BBC will continue as Doctor Who’s exclusive home in the UK and Ireland, but new episodes – which are slated to arrive in late 2023 – will premiere simultaneously on Disney Plus in the US and Australia.

The series’ returning showrunner, Russell T Davies, said in a statement accompanying the news: “I love this show, and this is the best of both worlds – with the vision and joy of the BBC and Disney Plus together we can launch the TARDIS all around the planet, reaching a new generation of fans while keeping our traditional home firmly on the BBC in the UK.”

Doctor Who has been a (nearly) constant fixture of British television since 1963, and Sex Education star Ncuti Gatwa is set to inherit the titular Time Lord mantle from Jodie Whittaker – or strictly speaking, David Tennant (it’s a long story) – in the series’ upcoming 60th anniversary special episodes.

Ncuti Gatwa as Doctor Who in a teaser for the series’ new episodes (Image credit: BBC)

Now, for the first time, those new episodes will debut in more than 150 territories across Europe, Asia, Africa and the Americas simultaneously. Disney Plus’ last reported total subscriber count was 152.1 million.

“We’re excited by the opportunity to bring new seasons of this beloved franchise exclusively to Disney Plus,” the streamer’s president, Alisa Bowen, said. “[Doctor Who] is a perfect addition to our ever-growing catalog of global content that continues to make Disney Plus the home for exceptional storytelling.”

This is certainly a coup for Disney, whose streaming service – despite its success – has come under fire for placing too much emphasis on shows and movies based in its biggest blockbuster universes. Sure, Disney Plus is great if you like Marvel movies and Star Wars TV shows, but what’s in it for everyone else?

Now, at least, Disney Plus has another major feather in its franchise cap to attract new subscribers and, just as crucially, retain existing ones. The topsy-turvy year Netflix has endured so far has likely warned rival entertainment giants against resting on their laurels – and Disney is clearly taking steps to avoid entering a similarly precarious period. 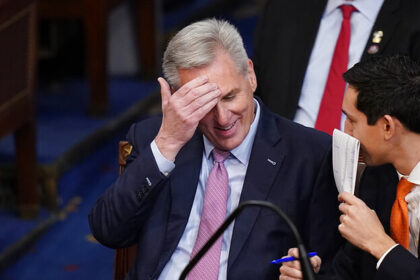