Despite pulling its operations from the Russian market following pressure from sanctions imposed by the US, sales of Lenovo laptop and PC devices are still booming in the country.

The news isn’t so bleak for Russian firm Aquarius, which has seen a sizeable boom in sales as many other suppliers choose to leave the market.

In an interview with Vedomosti, head of Aquarius Vladimir Stepanov said that the company’s “revenue [had] increased by 215% [over three quarters of 2022]”, seeing sales total more than 61,000 units as more buyers are being forced to buy domestic.

> These are the best mobile workstations around

> Russia is spending big on VPN

> Russia’s quest to seize control of the internet in Ukraine

With Lenovo formally departing the country in May 2022 and HP following shortly after in June, it’s likely that their sales figures are set to decrease drastically as we head into the second half of 2022, giving Aquarius and other home-growns an even greater boost.

Marvel analysts explains to Vedomosti that predicting Q3 2022 results could be challenging, as there are multiple factors to bear in mind. One on hand is the decrease in business activity, but on the other hand is the availability of cheaper graphics cards.

The effects of Russia’s invasion of Ukraine are not limited to the sale of hardware. Software companies like Google and Microsoft have also suspended sales in the country, as have payment technologies like Visa and Mastercard.

Check out the best workstations for something more powerful 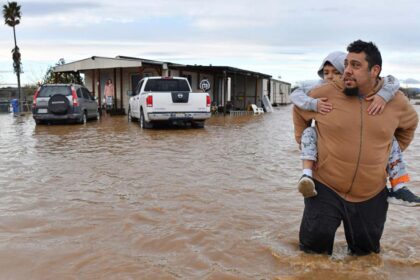 Rains taper off and clean-up continues in California after an onslaught of storms ravaged the state and left at least 20 dead CNN.com – RSS Channel – US