Discord’s PS5 integration has been seen in the wild for the first time, suggesting we don’t have long to wait until we can easily create and join chat lobbies from our consoles.

The update appears to have rolled out to users in the Discord beta, according to images shared by Reddit user Syhix. The mobile app screenshots show the option to ‘Join Voice on Playstation’ and a request for the user to sign in using their Playstation ID. Similar to the steps you take when linking your Xbox Live account to the Discord app.

In May 2021, Sony announced a partnership with Discord to “[allow] friends, groups, and communities to hang out, have fun, and communicate more easily while playing games together.” The first phase of that partnership rolled out in February, but it was underwhelming – only allowing you to display on Discord what games you were playing on PS4 and PS5.

The main update we’ve been waiting for is proper voice integration. As more games become crossplay, the power of Discord is providing a single voice lobby where you can chat with your friends, whether they’re playing on PS5, Xbox Series X|S, Nintendo Switch, or PC. Xbox players have had the feature since September, starting and joining voice lobbies from their console and the Discord app like it was nothing, lording it over us Playstation players.

From the images, Syhix shared, it looks like voice integration is only coming for PS5 players. If the screenshots are accurate, the only feature linking a PS4 to the Discord app unlocks is the ability to ‘Display the game you’re playing’.

Neither Sony nor Discord has said when this update will escape beta, but industry leaker Tom Henderson claimed in August that it would come in March 2023.

Discord is rapidly becoming an essential tool for multiplayer gamers, regardless of their chosen platform. Once all the separate consoles are integrated with the app, you’ll have a single place to chat with your friends in and between games.

Discord is also clearly trying to flesh out what it offers to people on its servers to try and keep them there longer. The developer is now releasing mini-games to play while you wait for your proper game to start, it’s also building an app store where you can expand the functionality of your app, and it’s released a cut-price version of its subscription service to tempt free users into becoming paid up members of Discord.

Now, if Sony could hurry up and let us get to that homogenized future so my multiplatform Warzone 2 group can party up more easily, that would be great.

If you want to get ahead of the voice integration update, here’s how to link your PSN account to Discord.

This new Chromebook hack could let you sideload your work laptop

The first Metaverse plugin for WordPress developers has landed

Low PSVR 2 preorders confirm that Sony is out of touch 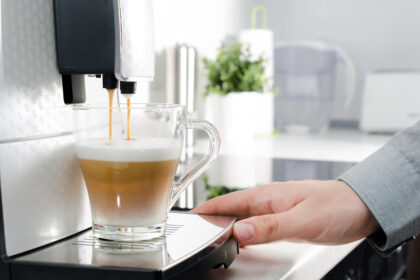