OnePlus continues to solidify its “affordable yet powerful” reputation with the Nord N300 5G. It aims to improve upon its predecessor but stumbles in some places.

When the N200 launched back in July 2021, we liked its hefty 5,000mAh battery, which lasted two full days in our tests, and its decent, if somewhat limited, camera system. The N200 apparently struck a chord with consumers, so releasing a successor makes sense.

At a glance, the N300 is a bit of a mixed bag as it builds upon what the older model had, but doesn’t raise the bar in all areas. In fact, the phone actually sees a few feature downgrades. Still, this looks like a good mid-range 5G phone at a great price; not many can claim that.

Starting with the good, the N300 sports the same 5,000 mAh battery as the N200, plus it supports 33W fast charging thanks to the company’s own SuperVOOC tech. OnePlus, unfortunately, didn’t give any details on exactly how fast the phone can charge. To give you an idea of what the speeds could be, the iPhone 14 Pro can go from a dead battery to a 50 percent charge in about half an hour with a 30-watt charger. But unlike Apple, OnePlus will include a 33W charging block with the N300.

OnePlus opted for the MediaTek Dimensity 810 chipset instead of the Snapdragon 480 on the N200. The former has a “20 percent higher CPU clock speed” (2,400 for the 810 vs 2,000 MHz for the 480), according to benchmark tests. This results in faster processing, more efficient battery usage, and better-performing games. You can also expect speedy connectivity thanks to the 5G support.

When it comes to the rest of the N300’s package, it’s a bit of a rollercoaster ride. The rear camera system, for example, has gone down to just two lenses (the N200 had three). At least the main lens received an upgrade. It’s now a 48MP lens for higher quality photos, whereas the N200 had a 13MP lens (the other rear lens and the front-facing camera are still 2MP and 16MP, respectively).

Our other issue with the N300 is its availability; it’s rather limited. You can purchase the phone (in either Midnight Black or Jade Green) in the United States for $228 starting November 3. There will be only one 4GB RAM model at launch. The N300 is also launching in Canada, but no date was given. It’s also exclusive to T-Mobile and its prepaid service, Metro.

Don’t misunderstand: T-Mobile isn’t a bad carrier by any means; far from it. Earlier this year, a report from Speedtest showed that T-Mobile has the best-performing 5G network out of all the phone carriers in the US. It just would’ve been good to see other options available. We reached out to OnePlus and asked if there are plans to include other carriers for the N300 phone, and for details on the Canadian launch date. This story will be updated if we hear back.

If you’re interested in other cheap smartphones, TechRadar just updated its best budget US phone list for 2022. 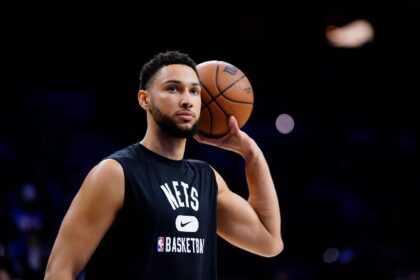