Former Manchester City player turned pundit on rising above racism, injury heartache and his infectious love of the game

Soon after Micah Richards bursts into the room, with booming laughter, the former England footballer shows a different side to his character. His sadness after his soaring career faded and then ended, when he was just 31, is accompanied by acceptance. “I can hardly walk now because of my knee but I wouldn’t change it,” Richards says of the injury that ruined his life as a footballer. It began with giddy promise when he made his international debut as England’s youngest-ever defender at 18 but, as Richards insists now, “I would sacrifice everything for football. I know that sounds ridiculous, and I should have a knee replacement, but I wouldn’t change a thing. That shows my devotion to football.”

Richards, who is 34, smiles and spreads his hands as if embracing his second life as a successful pundit. “Everyone knows that without football I wouldn’t be anything,” he says.

With wind chills like these, frostbite happens in minutes. 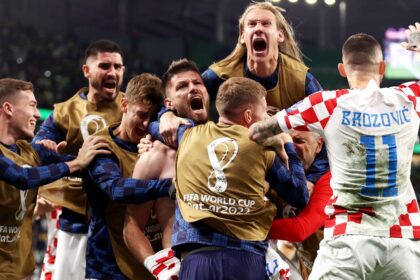