What’s worse than having to spend over a thousand dollars on an RTX 4090 GPU? Spending thousands on a GPU, only for it to be an empty box, save for a couple of useless weights.

That’s the situation a Newegg customer has apparently found themselves in after sharing an image of an Nvidia GeForce RTX 4090 box that should contain one of the world’s best graphics cards but instead contains some lumps of metal.

Thankfully, in the replies to their Reddit post, it looks like the unlucky customer was able to get their money back  – and we hope they can get their hands on an actual RTX 4090 soon – but their tale reminds us that we always need to be careful when buying online.

And that advice becomes especially important as we enter November and Black Friday approaches.

Analysis: how to avoid scams this Black Friday

As we head into the Black Friday sale season, you should expect to see the internet flooded with discounts and Black Friday deals encouraging you to shop. But among these true bargains will be an awful lot of duds.

We’re not just talking about situations like the above example – where a user is seemingly scammed into buying one item because they believe it’ll be another – but discounts that aren’t what they appear to be and offers on items you’d be better off avoiding.

So what are some best practices you can follow to avoid Black Friday purchases that you come to regret?

For starters, you want to only shop at reputable sites that you recognize and that offer some kind of buyer protection. If you’re browsing an online store you’ve never heard of before, look into it. Googling “[Site name] legit” should bring up details about it on websites like Trustpilot. You’ll also likely see links to Reddit posts celebrating or bemoaning the site depending on if it’s a hidden gem or a sham. If after your research you’re still not 100% sure, shop elsewhere – the potential extra savings aren’t worth the risk.

You also want to make sure you’re buying from the vendor themselves, and not a third-party that’s using the site as a marketplace. Newegg, Amazon, and Walmart are some of the stores that allow other people to sell items on their sites, and while many third-party sellers are fine, there are some bad actors that can slip through the cracks.

Black Friday is a great time to find a bargain on a range of gadgets, but not every deal is as good as it looks. (Image credit: Future)

Once the site has passed your checks, it’s time for you to check the quality of your desired product, too. Unfortunately despite their best efforts, online stores like Amazon are flooded with fake reviews. While you can use our guide on how to spot fake Amazon reviews to try and separate the real opinions from the mass-produced lies, we’d also recommend again googling the item and trying to find independent reviews for it if you can.

If you’re looking to pick up a Black Friday gaming laptop deal, a Black Friday OLED TV deal, a Black Friday air fryer deal, or even a Black Friday coffee machine deal, most likely the model you’re interested in has been reviewed by a publication like TechRadar. We aren’t incentivized to make a product sound better or worse than it really is, so if you want an opinion you can trust on a gadget you like, then read through our review and decide if it’s something you want to buy.

Finally, before you hit buy make sure the discount is as good as it seems. Ahead of Black Friday, it’s not uncommon for brands to raise their prices to then make discounts seem larger than they really are. Additionally, even if a deal is good, stores might have previously sold it for less – which could mean a better discount will drop nearer to Black Friday. When weighing a deal try to look into the price history of an item to make sure that this really is the best price.

Unfortunately, we can’t guarantee that you’ll never get caught out if you follow these rules, but this guide should help you dodge some of the traps that Black Friday can bring. 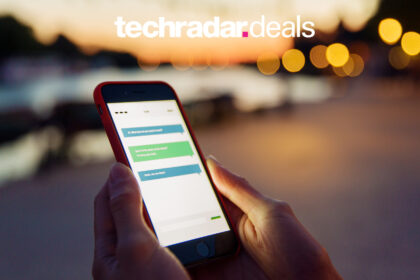 The best unlimited data plans in the US for December 2022