Fallout 4 will receive a free next-gen upgrade in 2023, which will be available for Xbox Series X|S, PS5 and PC, Bethesda has confirmed.

This update will be available for those who own Fallout 4 on PS4, Xbox One or PC, but it’s unclear if Bethesda plans to release specific PS5 and Xbox Series X versions of the post-apocalyptic RPG (TRG has contacted Bethesda for confirmation).

This free next-gen upgrade for Fallout 4 is welcome as it will likely encourage new players to jump in while also encouraging players like myself to venture back to The Commonwealth again.

But, this time, traipsing through post-apocalyptic Boston is likely to be a smoother (and more attractive) experience than when I first did it back in 2015. That’s exciting for a couple of reasons, firstly because it makes a fantastic open-world RPG even better. And, most importantly, it could give us a taste of what to expect from the upcoming Fallout 5.

Sure, Fallout 5 is going to be many years away, with Bethesda confirming to IGN in June that it’ll start work on the next Fallout after The Elder Scrolls 6, but Fallout 5’s next-gen upgrade will certainly offer us an idea of what a new Fallout game on the latest hardware could look like.

Well, we’re hoping so anyway because, until Fallout 5’s release, it’s the closest we’re going to get to a new Fallout game.

These are the upcoming games we’ve got our eyes on 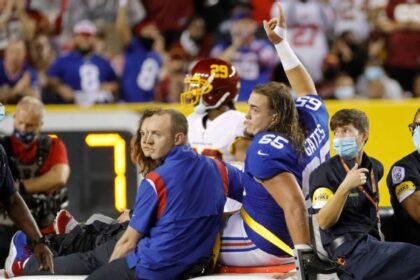