What’s next for Florence Pugh’s character in the Marvel movies? Whatever happens in Thunderbolts, it looks like it won’t see Yelena Belova’s arc come to an end.

The Hollywood Reporter has hinted at the existence of another, currently unnamed Marvel project set to feature Florence Pugh, revealing that the actor is due to receive eight-figure sums for her appearances in Thunderbolts and another movie.

“Florence Pugh, already an Oscar nominee when she appeared in Black Widow as Yelena Belova, will receive eight figures for her next two Marvel films, including leading the ensemble cast of the villain-centric Thunderbolts.”

Florence Pugh is one of the best-known Marvel movie stars of recent years, having risen to prominence in popular films such as Midsommar and Greta Gerwig’s Little Women. She has also been at the center of fierce online chatter surrounding this year’s Don’t Worry Darling, also starring Harry Styles and Chris Pine.

Pugh first appeared in the MCU in 2021’s Black Widow, and has been confirmed to star in 2024’s Thunderbolts, an upcoming superhero flick featuring a number of Marvel anti-heroes (in the vein of DC’s The Suicide Squad).

However, there’s been no official announcement regarding Pugh’s involvement in another MCU project down the line as yet.

What could Yelena Belova’s next Marvel movie be?

Given the nature of the MCU, it’s very possible that Pugh could pop up in a cameo in any of the Marvel movies to come – this is a franchise known for sneaking in new characters after the credits have rolled, after all.

It seems unlikely she’ll appear in Black Panther: Wakanda Forever or The Guardians of the Galaxy Holiday Special, though; we expect she’ll be in another MCU project after Thunderbolts, possibly a planned sequel, the Blade movie coming later in 2024, or one of the few confirmed movies for ‘Phase 6’, such as Fantastic Four or Avengers: The Kang Dynasty, both of which are scheduled to land in 2025. It possible won’t be Eternals 2, with its likely appearance of… Harry Styles.

Certainly you’d expect that for an eight-figure sum, she’ll be a pretty major figure in whatever the film is. And we could not be happier about that – Pugh is one of the best acting talents working today, and is capable of carrying an entire film single-handedly. Knowing she’s in any Marvel immediately knocks it further up the excitement charts, so we hope Kevin Feige just keeps throwing money at her.

We’ll no doubt have a better sense of the mysterious movie in question once Thunderbolts arrives in theaters, and we may get an official announcement regarding Florence Pugh’s future filmography before then. In the meantime, have you finished watching She-Hulk yet?

For Marvel-related content, check out our breakdown of how to watch the Marvel movies in order, as well as our report on why Marvel’s Fantastic Four may have found its perfect Doctor Doom. 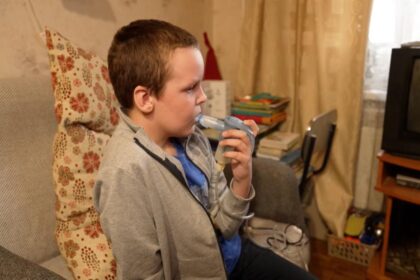