The last we heard from Sony and its Xperia line was the arrival of the Sony Xperia 5 IV, which was announced in September. It’s a smaller version of the Sony Xperia 1 IV, with a 6.1-inch display, but a new leak suggests an even more compact device is on the way from this particular phone series.

Unconfirmed information posted to Chinese social media site Weibo, reported over at Notebookcheck.net, points to an upcoming Xperia phone with a 5.5-inch screen and a modest, mid-range set of internal specs.

The thinking is that the phone might be a successor to the Sony Xperia Ace III, which was only launched in Japan. This time, however, the rumor is that the rest of the world will be getting the handset as well.

In terms of specs, the leak lists a Qualcomm Snapdragon 4 Gen 1 processor, 6GB of RAM, 128GB of internal storage and a battery capacity of 4,500 mAh. The 5.5-inch display is apparently going to have a 2520 x 1080 pixel resolution, with the phone also offering a wired charging speed of 18W.

The Xperia Ace III made its debut in June 2022, so the same month in 2023 seems a good bet for when the next phone might arrive – and we will of course let you know if and when Sony makes the new handset official.

Analysis: compact phones for the people

There isn’t a whole lot out there for those who prefer a more compact phone. If the Sony Xperia Ace IV is indeed real and does indeed come with a 5.5-inch display, then it’ll be one of the smallest handsets available on the market.

We know that there was no mini iPhone this year: the rumor is that the iPhone 13 mini just didn’t sell enough units for Apple to be able to justify an iPhone 14 mini. However, it sounds as though the iPhone 14 Plus isn’t shifting in huge numbers either.

Considering the vast majority of today’s phones have screen sizes well above 6 inches, it would seem that consumer demand for these smaller handsets is indeed low. The success or otherwise of the Sony Xperia Ace IV would be another indicator.

Perhaps foldable phones are the answer: a nice big screen to use when they’re opened up, but also something relatively small to fit inside a pocket or a bag. Now all we need is for the prices of these foldables to fall far enough to attract mid-range phone buyers.

Here’s our verdict on the Sony Xperia 10 IV 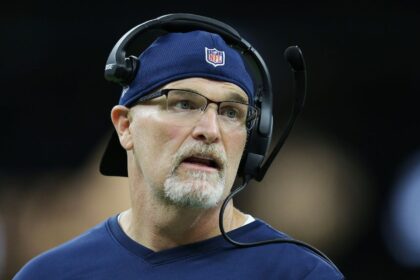