A tsunami of new features is slated to crash onto Zoom, which will expand certain services and make some existing ones easier to use in order to, ideally, foster better communication.

Two weeks prior to this announcement, Zoom implemented a new suite of features for the Team Chat tool while hinting at more. We thought the second round would’ve been revealed at the Zoomtopia event on November 8, but it looks like the company decided to do it now. Given the sheer number of features in this update, it’ll be close to impossible to give every single one their time in the limelight so we’re only going to focus on the biggest changes. At the time of this writing, it’s unknown when anything in this wave will make its way to users.

The bulk of the features will be going to Zoom One, a service platform that brings together “a variety of [company] tools” into one package. Starting with Zoom Meetings, there will be a new designation for Sign Language Interpretation. A host can select multiple participants in a meeting to speak through a sign language interpreter for those who need it. In turn, people can select which of the interpreters they want to watch.

Apple CarPlay will now be supported on Zoom, allowing people to hop into meetings while driving via the CallKit controls or look at their schedule for the day. Although, we strongly recommend not checking your itinerary mid-drive; please wait until you’re parked.

Regarding phone calls, Zoom Phone will have new ways to manage audio files via an expanded Asset Library. This is a centralized hub where hosts can upload and share audio files “including greetings, music on hold, [and] prompts,” according to Zoom. Administrators of groups can set up an emergency call system by mapping out numbers to external teams or third-party systems. Plus, they can activate the new Survivability tool in order to provide basic phone functionality during an outage.

And the final major update to Zoom One is Zoom Whiteboard Plus. The base version of the tool allows participants to draw on a digital whiteboard to share ideas with each other. Whiteboard Plus adds three new features: Tables to help organize a team’s thoughts, Mind Map for creating flow charts to further organization, and @mentions to tag people outside of the meeting.

The more minor changes are focused on quality-of-life changes. Zoom Rooms, in particular, will have a different user interface. It’ll sport “larger fonts, sharper colors, and a better layout” to make certain aspects, like the meeting schedule, easier to see. Displays in a Rooms meeting will be redesigned to have a better layout so that notifications and the in-meeting chat window aren’t blocking the view.

Originally exclusive to the desktop app, Workspace Reservation will be making its way to iOS and Android devices. With this tool, you’ll be able to book on-site work resources and spaces. It appears all of the original desktop tools will be present on mobile including personalized suggestions for locations from an AI and user questionnaires.

Looking at everything, it’s hard to imagine what will be revealed at the Zoomtopia event. This avalanche of features already feels like a major event, so it’ll be interesting to see what Zoom is hiding up its proverbial sleeve.

We should also mention a disturbing trend happening lately of Zoom users being targeted by malicious websites. Be sure to check out TechRadar’s recent coverage of these malware campaigns so you can stay safe. 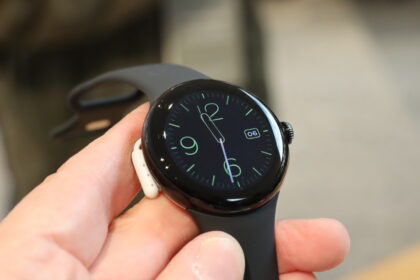 Google Pixel Watch 2: what we want to see