If you were hoping the Pixel Watch would be the Wear OS equivalent of the Apple Watch 8 then a new price leak suggests you might be disappointed, as it looks set to undercut Apple’s flagship wearable, and not even come close to the price of the Apple Watch Ultra.

This could potentially prove a problematic price point – too expensive for those who don’t want to splash out, but perhaps lacking the high-end specs and features that could sway big spenders from alternative devices. But we should find out soon, as Google is fully unveiling the Pixel Watch on October 6, alongside the Pixel 7.

Analysis: Google might not be serious about smartwatches yet

This middling price also suggests Google might not be serious about smartwatches, or at least not yet. Where Samsung and Apple offer both affordable and expensive options – not to mention multiple sizes – it seems Google might just offer one smartwatch in one size.

Reports suggest there will be the choice of a Wi-Fi or cellular model, but – other than the colors – that might be the only decision to be made. There have been some whispers of a pricier model possibly called the Pixel Watch Fit, but there’s not much evidence that this wearable exists.

No, so far most leaks point to just one model in one size. And these pricing leaks further support that theory, because if Google was going to offer multiple models it would probably opt for higher and lower prices than have been rumored, to better differentiate them.

One model in one size suggests Google is only prepared to dip its toes into the smartwatch waters for now, rather than developing multiple wearables.

Finger of blame for cracked AMD GPUs points at crypto-miners, not graphics driver 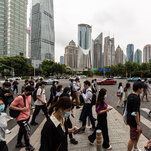