This season Manchester United and France have won every game Varane has started. They’ve lost every time he hasn’t

By Josh Wright for WhoScored

Manchester United supporters celebrated Raphaël Varane’s transfer from Real Madrid as their answer to Virgil van Dijk and Rúben Dias – a defender capable of leading them to silverware. Varane was joined at United that summer by Cristiano Ronaldo and Jadon Sancho and, after finishing second the season before, a title challenge was talked up. Things didn’t quite pan out that way.

Ole Gunnar Solskjær didn’t even make it to December and Ralf Rangnick’s disastrous tenure ended with United finishing sixth in the Premier League, with five defeats in their last eight matches. Ronaldo was criticised, but at least he weighed in with 18 league goals, while Sancho struggled to make the transition from the Bundesliga to the Premier League. Varane’s season, however, was particularly disappointing. He arrived as a World Cup winner with four Champions League medals. Injuries limited Varane to just 20 starts in the Premier League last term, his lowest return in a league campaign since 2012-13.

How Immunocompromised Experts Will Celebrate Another Pandemic Holiday 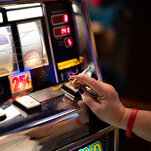 Smoking and Gambling Go ‘Hand in Hand.’ But Maybe Not for Long.