Striker to have SFA tribunal after video emerges on social media
‘Kyle regrets his actions and let down the club,’ say Kilmarnock

The Kilmarnock striker Kyle Lafferty could face a 10-match ban after he admitted letting himself and his club down over his alleged use of sectarian language.

Lafferty has received a club fine after a video on social media showed the former Rangers and Hearts striker reacting when a man posing for a photo with him says “Up the Celts”.

Pulisic: US still has ‘a lot of work left’ after draw www.espn.com – TOP

After draw with England, all that matters now is for USA to beat Iran www.espn.com – TOP

England Gets a Look at Itself, and Isn’t Sure It Likes What It Sees 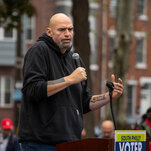