Tom Glick, the executive tasked with helping Chelsea co-owner Todd Boehly to establish a network of clubs around the world, spent several months working on similar plans with the Crystal Palace investor John Textor, the Guardian can reveal.

Glick, formerly the chief commercial officer for Manchester City’s owner, City Football Group (CFG), has been instructed by Boehly to take charge of Chelsea’s attempts to set up a multi-club network, which could lead to investment in Brazil, Belgium and Portugal, where Textor has held talks with Benfica and Porto over potentially buying large stakes.

Follow live: Morocco looks to secure their first-ever quarter-final appearence as they take on Spain in round-of-16 match www.espn.com – TOP 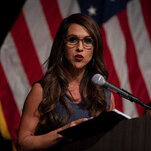 Lauren Boebert’s Race in Colorado is Nearing a Conclusion, or Recount