It’s widely expected that the Google Pixel 7 and the Google Pixel 7 Pro will get a full launch in October, after their existence was officially announced at Google IO 2022 in May, but more details about these phones continue to leak out.

Contents
What we know so farAnalysis: it’s Google vs Apple, again

Now we have a brief but interesting unboxing video of the Pixel 7 Pro to share with you. Posted by Gadgetfull BD (via 9to5Google), we see a brand new black version of the phone as it’s slid out of its box, with the packaging around it then unpeeled.

The 44-second video carries on so we can see the Google logo as the device boots up, and then the Pixel setup screen appears. The clip doesn’t go any further than that though, so we don’t get a look at the Android 13 software on board.

What we know so far

It’s an unboxing clip that Pixel fans are definitely going to want to check out, but it’s not particularly illuminating in telling us anything more about the phone that we didn’t know before – Google has already shown off the design of the phone, after all.

Being able to see the actual device in the real world makes a difference though. The Google Pixel 7 Pro is expected to closely match the Google Pixel 6 Pro in terms of physical size, with a 6.71-inch display on the front. Like its predecessor, the Pixel 7 Pro will also have a triple-lens rear camera setup.

There will be internal upgrades, with both the Pixel 7 and the Pixel 7 Pro being powered by the second-generation Tensor chipset developed by Google and Samsung. As for the other key specs, we’ll have to wait until the full unveiling for those.

There’s some debate over when exactly the Pixel 7 and Pixel 7 Pro will get a full and proper launch: previous Pixels have usually launched in October, but there have been rumors that Google is going to push the 2022 models out into the world in September instead.

That would of course put the Pixel 7 launch even closer to the iPhone 14 launch. We know that Apple is holding an event on September 7, and while there’s no official confirmation yet, it would be a huge surprise if new iPhones didn’t feature at that event.

It seems as though this year Apple is saving a lot of the key upgrades for the Pro models: they’ve been tipped to get faster processors and a few important design tweaks, as well as the usual extra camera capabilities.

While we’d say that the Google Pixel series is catching up to the Apple iPhone in terms of hardware and software quality, it’s still got a way to go – and so it’s going to be intriguing to see what both companies have to show off over the next month or two.

Microsoft admits Windows 11 has a nasty bug that crashes games

Apple TV is coming to more cheap TVs, thanks to LG 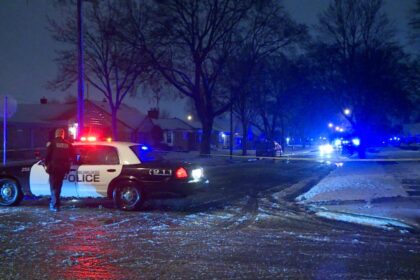