We’ve heard whispers that Apple might be adding satellite support to the iPhone 14 in order to keep users connected wherever they are – and now it would seem that Google has similar plans for its software and hardware in 2023.

This comes from senior vice president of Android Hiroshi Lockheimer (via XDA Developers), who says that his team is “designing for satellites” and will be “enabling all of this in the next version of Android” – which will be Android 14.

Android 13 just started rolling out, so Android 14 should be coming next year. If the software support is there for accessing services via satellite networks, then presumably it’s a feature that could make its way into the Google Pixel 8 later on in 2023.

Wild to think about user experiences for phones that can connect to satellites. When we launched G1 in ’08 it was a stretch to get 3G + Wifi working. Now we’re designing for satellites. Cool! Excited to support our partners in enabling all of this in the next version of Android!September 1, 2022

Lockheimer doesn’t go into a huge amount of detail here, and this is clearly still at the very early stages. From what we’ve gathered from the Apple rumors, it seems satellite hook-ups could be used in emergencies in areas where there’s no cellular network coverage.

This is only the second peep we’ve heard from anyone about Android 14, which will most likely be announced at the Google IO event next May. Previously, it was rumored that the operating system had been given a codename, but that’s about it so far.

There hasn’t been much in the way of leaks and rumors about the Pixel 8 either (the Pixel 7 and Pixel 7 Pro are expected to launch next month) – only that work on the Tensor 3 chipset for the Pixel 8 is apparently already underway.

You might remember that satellite connectivity was rumored to be coming with the iPhone 13 back in 2021, so this innovative mobile technology hasn’t sprung up from nowhere – it’s actually been in the pipeline for several years at this point.

However, it does feel that there’s renewed momentum behind satellite-ready smartphones: the tech is becoming more reliable and less expensive, and is now finding its way to products that consumers can actually afford and buy.

The idea is that instead of finding a cell tower or a Wi-Fi network to latch on to, devices can get access to the rest of the world by locking on to a satellite in space operated by a company such as Starlink – a bit like GPS but for data rather than a location fix.

The next stage is to slot it into smartphones too, but don’t expect too much too soon: it’s likely that connectivity will be limited to emergency or backup use, so you won’t be able to stream videos out in the middle of nowhere.

The best Google Pixel phones you can buy right now 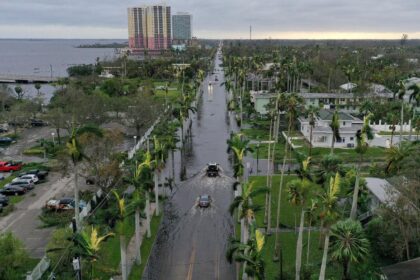