The crazy-powerful OnePlus 10T will get to use AT&T’s fastest 5G networks; a first for OnePlus phones. In our OnePlus 10T review, we found the phone to be quite a powerful and capable device, so having that performance carry across to networking speeds on more networks is a real plus.

The new OnePlus 10T will work on all three major 5G networks in the US, as well as Bell and Telus in Canada. OnePlus lists support for lower and mid-frequency 5G networks, but not the more limited (although superfast) mmWave 5G range.

The OnePlus 10T is available now for pre-order from OnePlus, Amazon, and BestBuy online for USD $649 / CAD $849. In a strange pre-order scheme, you can get the upgraded device with 16GB of RAM and 256GB of storage for the same price as the 8GB/128GB version, if you pre-order before September 28, but only if you pre-order from Amazon or BestBuy.

Until September 8, OnePlus is offering that same deal on its own site, but after September 8 you’ll have to pay the full price of USD $749 / CAD $999 for the upgraded device. OnePlus will still throw in either a protective case or an 80W car charger, though.

Analysis: signs of a maturing OnePlus

If you want to sell phones in the U.S. market, the key, the door, and the entire house are the cellular network carriers. The more support a company offers for different networks, the more buyers can trust that they have been tested and vetted for reliability. OnePlus would not be allowed to sell a phone advertised for AT&T’s network without testing and approval. For a company that was an upstart only a few years ago, this is a great sign and step.

This matters because we don’t want to recommend a phone to buyers if we don’t trust the company that makes the phones. OnePlus has a good enough track record, but it is still a new brand in the company of giants. It may have huge parental backing, but its presence in the US market is still limited.

The more work we see from OnePlus to gain the trust of the US carriers, the more we can believe OnePlus is maturing as a company, and that makes the brand easier to recommend. It might also mean we see more of the best OnePlus phones, most of which only see release in markets outside of the U.S. 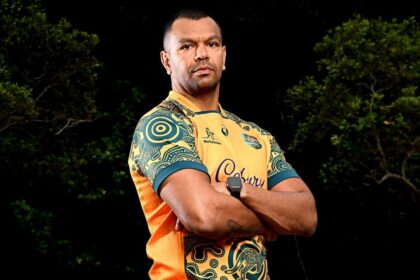