The Rings of Power’s first season has only just debuted on Prime Video, but the show’s cast and crew are already turning their attentions to season 2.

Speaking exclusively to TechRadar at The Rings of Power‘s UK junket, the Prime Video series‘ cast were hesitant to confirm an exact date for when filming would begin on the epic fantasy show’s next installment. Given the level of secrecy around season 1 of Amazon’s Lord of the Rings, and the show more generally, that’s to be expected.

“I’m not sure what we can say about it,” Robert Aramayo, who portrays Elrond in the show, said. However, Morfydd Clark, who plays Galadriel, teasingly added: “We start filming soon – and we’re very excited.”

Despite the cast’s reluctance to reveal any concrete news about when The Rings of Power season 2 will start filming, executive producer Lindsey Weber was more forthcoming. And, based on what Weber told us, principal photography on the show’s next season is nearly ready to begin.

Discussing season 2’s start date as part of an answer she gave surrounding Embracer Group’s recent acquisition of The Lord of the Rings IP, Weber said: “We’re totally consumed with this [production on season two]. And in a few short weeks, we start filming season two, which is all the brain space any of us have right now.”

The Rings of Power will run for five seasons – if it proves to be a hit with fans. (Image credit: Ben Rothstein/Prime Video)

It won’t be a major surprise to anyone following The Rings of Power’s development that a second season is on the way. Amazon Studios greenlit a second season in November 2019 (per Deadline) – not only a sign of how confident the company was in its Lord of the Rings adaptation, but a decision that would have allowed the cast and crew to film seasons 1 and 2 back to back.

Unfortunately, Covid-19 put paid to those plans. The show had only been in full production for a month in New Zealand before it was placed on indefinite hold, in March 2020, because of the global pandemic. Principal photography started back up in May 2020 – under new safety guidelines issued by the New Zealand government – with filming eventually wrapping in August 2021.

As long as there are no similar complications, or a resurgence of Covid-19, in the coming weeks, The Rings of Power season 2 will enter production shortly. According to Time magazine, filming is likely to start in October 2022 – a time frame that lines up with what Weber confirmed to TechRadar about a filming start date.

Unlike the first season or previous live-action Lord of the Rings projects, though, the Prime Video series’ next installment won’t be filmed in New Zealand. Instead, production will move to the UK, with Variety reporting Bray Film Studios, Berkshire and Bovingdon Airfield, Hemel Hempstead will be primarily used for set-based filming.

Meanwhile, co-showrunners J.D. Payne and Patrick McKay told Entertainment Weekly that they had been scouting filming locations in the UK as recently as June. According to The Guardian, Scotland was viewed as a frontrunner for shooting sequences on location, but it’s unclear if this is still the case. Regardless, expect Amazon to confirm that filming has begun on The Rings of Power season 2 in the near future.

For more content surrounding The Rings of Power, check out our spoiler-free review of the first two episodes. Alternatively, find out why Amazon’s Lord of the Rings will be a treasure trove of secrets just waiting to be found by diehard Tolkienites. 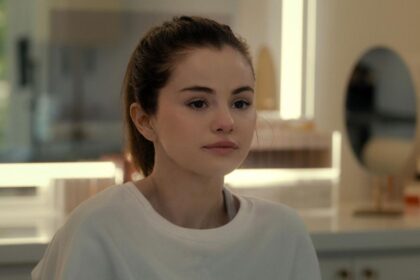