The EU wants smartphones and tablets sold within its borders to last for at least five years – and that could be great news for everyone whether you live in Europe or not.

Over the past few years the EU has steadily been working on laws surrounding the right to repair – which aim to make it easier for regular folk to get their old tech fixed. The goal is that if outdated gadgets (like your iPhone 12 or Samsung Galaxy S21) can be easily fixed and maybe even upgraded it’ll reduce the e-waste.

Rather than trashing a phone or tablet just because one or two components are on the fritz (and paying out for a new iPhone 13 or Samsung Galaxy S22) you can just get the parts replaced and hold onto what you currently have.

The EU’s overall goal with these rules is to bring about a circular economy by 2050. In a circular economy rather than harvesting resources to make products that eventually turn into waste that’s discarded, that waste would instead be reused as resources for the next generation of products.

Now you can fix your old smartphone rather than letting the e-waste pile up (Image credit: Peter Dazeley: Getty Images)

Its most recent move is the release of a draft proposal that, if brought into law, would force manufacturers to provide essential components to professional repairers for up to five years after the launch of a new phone or tablet in the EU. This includes replacement cameras, battery packs, charging ports, speakers, and other vital parts. It’ll also stop manufacturers from putting out updates that negatively impact a device’s battery life over the same period.

This’ll hopefully mean that the best phones and best tablets will remain great gadgets for even longer – which would help save you money and help the environment too. It is the definition of a win-win.

But what about me? I don’t live in the EU…

But while that’s all well and good, we know what you’re thinking. Why should you care if you live outside the EU?

Well, the EU is made up of 27 countries and accounts for one-sixth of the global economy. As a result, its legislative decisions can have a big impact on everyone else.

For example, many believe that because of its new rules requiring all electronic devices sold in the EU to have at least one USB-C charging port by Fall 2024 (September, October November) we’ll likely see the likes of Apple’s lightning charger finally phase out globally. Apple likely can’t afford to snub the EU by not launching its products there, and it would overly complicate production if Apple decides to release an EU-exclusive iPhone with USB-C and an iPhone with a lightning port everywhere else.

Instead, it’ll likely fold and finally adopt the more universal charging method with the iPhone 14 or the iPhone 15.

Speaking of Apple, many believe that the EU and France (an EU member) are the reason it launched its Self Service Repair. Self Service Repair lets regular folk pick up replacement iPhone 12 and iPhone 13 parts, among other Apple gadgets.

Despite pushing back against self-repair for years Apple reversed its stance in November 2021 following changes to French law earlier in 2021 and discussions in the EU parliament relating to gadget repairability.

Right now the new five-year repairability proposal is only a draft. But if the EU decides to put it in place we won’t be surprised if manufacturers like Samsung, Apple, Google, and others start offering replacement parts to countries like the US, UK, and Australia too. Not least of which because professional repairers outside the EU could just start importing the parts.

We’ll have to wait and see what happens, but if you’re looking for other ways to help reduce your environmental impact today you might want to start small and look at the best eco-friendly phone cases. 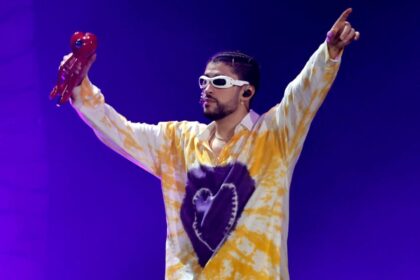 Bad Bunny scores a Grammys first with his Spanish-language album