Nvidia’s RTX 4080 GPU has apparently been spotted online, with a purported photo of the graphics card being shared on Twitter.

Right up front we should note that particularly heavy use of seasoning is applicable to this leak, as while it does come from one of the recognized ranks of hardware leakers on Twitter (KittyYukko, formerly KittyCorgi), there are certainly some question marks floating around as to whether or not it’s genuine.

As you may notice looking at the image, the ‘RTX 4080’ logo is in a different font, which has prompted some calls of fakery – but there’s a twist here. As VideoCardz, which spotted the tweet, points out, Nvidia has recently adopted a new font on its website – and it seems to match the design in the leaked photo.

This may be a bit of a stretch, but given that change in font on the official Nvidia site, we certainly wouldn’t rule out this leak on the basis of the logo used on the supposed RTX 4080.

Aside from that, the design of the next-gen graphics card is very much in keeping with the existing RTX 3000 range.

Analysis: Sticking with the tried and tested?

In fact, regarding the design, the purported RTX 4080 looks a lot like the current RTX 3090, with the notable difference that the fan is a fair bit larger. Is it disappointing that nothing much seems to have changed? Well, the existing design has worked pretty well on the whole for Nvidia, so it wouldn’t be a surprise to see the next-gen stick closely to it.

This GPU also appears to be a dual slot affair, but it’s difficult to tell given the close to front-on angle that the photo is taken from, and of course the plastic packaging obscures things somewhat, too. It could be wider than two slots.

Of course, it bears mentioning again that it could be a complete fake, but we’re hoping this isn’t the case. Why? Because if this is indeed a bona fide finished RTX 4080, that means the GPU is likely to be ready to roll soon.

That’s an important point because – going by the grapevine – the RTX 4090 is set to be the first next-gen Lovelace graphics card released in October, and this gives more weight to some of the rumors which have suggested the RTX 4080 will be next out the door in the following month.

Other more recent speculation has suggested Nvidia might delay the launch of the RTX 4080 (plus the 4070, and certainly the 4060) until 2023, due to some tricky problems around clearing excess current-gen RTX 3000 stock. (Remember, that stock must be shifted before next-gen products tempt folks away from buying it, and Team Green’s graphics card making partners face the prospect of being left in the lurch with a bunch of Ampere inventory they can’t clear).

In short, this sighting – caveats applied – can be taken as a hint that we might just see the RTX 4080 in November, after all.

NetSuite: Businesses are learning to live with major global challenges

New high-end OLED TVs have a secret weapon, and it makes a massive difference 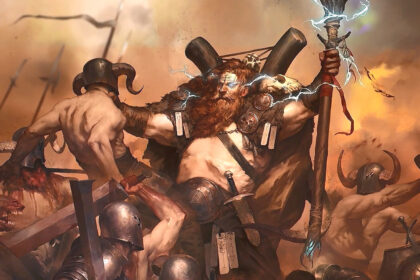 October 3, 2022
World Cup 2022: Who has progressed? Who is out?
Pakistan mosque blast: Security breach or negligence?
Analysis: Talk of street violence and ‘semi-fascism’ turns up midterm election heat
Don’t buy this 30TB SSD from Walmart – it’s almost certainly a fake