The arrival of Sennheiser’s next-gen Ambeo Soundbar Plus in Berlin for IFA 2022 was no surprise given that it had been leaked on Amazon one week earlier. Still, it was a treat to see the Soundbar Plus in the flesh, and even more of a treat to give it a listen.

During the company’s press event, the smaller, cheaper version of the flagship Ambeo Dolby Atmos soundbar (which was a technology flex intended to “prove what was possible” according to the company) was introduced as the next step in Sennheiser’s plan to “build a soundbar family.” Since the new Ambeo Soundbar Plus costs $1,499 / £1,297, let’s hope that there are even cheaper versions in the works!

Sennheiser says the Plus is the only 7.1.4 integrated soundbar on the market and is capable of bass extension down to 37Hz courtesy of dual built-in 4-inch subwoofers. Beyond that, it features 7 full-range 2-inch aluminum drivers and uses Ambeo virtualization tech developed with Fraunhofer to deliver Dolby Atmos and DTS:X soundtracks along with Sony’s 360 Reality Audio and upmixing of stereo sources.

Ambeo OS on the Plus powers streaming via AirPlay 2, Chromecast, Tidal Connect, Spotify Connect, and Bluetooth. Hardware connections include 3 HDMI ports (one with eARC), optical digital and RCA analog stereo inputs, a subwoofer output, and powered USB and Ethernet sockets.

There’s also automatic room calibration, which is executed via the soundbar’s four built-in mics and can be conducted using either Sennheiser’s control app or directly from the front panel display with the included remote control.

The new Ambeo Sub subwoofer’s built-in mic and processor allows it to be automatically EQ’d along with the soundbar. (Image credit: Future)

As if a new, cheaper Ambeo wasn’t enough, the company also introduced its Ambeo Sub subwoofer ($699 / £605). The Ambeo Sub is relatively compact and packs an 8-inch woofer powered by a 350-watt amplifier. It also has its own built-in microphone and processor, allowing it to be calibrated along with the soundbar during initial setup.

As reported earlier in our coverage of the Amazon Ambeo Plus leak, the new soundbar can be paired with up to four separate Ambeo Subs to get more even, and evenly distributed bass. At launch, only a single Sub can be calibrated with the soundbar, though Sennheiser expects to extend that option to multiple subs sometime in the next two months.

The Ambeo Plus is notably slimmer than the flagship Ambeo Max and features a trio of HDMI ports plus an optical input. (Image credit: Future)

How does the Ambeo Plus plus Sub subwoofer sound?

Sennheiser’s demo of the Ambeo Plus used a setup with 3 subwoofers – a good decision since the room used for the presentation was relatively large, and was occupied by a sizeable group of listeners.

It was difficult not to be bowled over by the system’s bass in that setup, which was deep and powerful, but also impressively clean. It clearly rivaled what I’ve heard in high-end home theater systems that used more expensive, and certainly more complicated, gear.

Along with movie clips, Sennheiser played a Dolby Atmos mix of a Ligeti symphony recorded live – a gutsy move for a soundbar demo. It was the right move, however, because it showed off what the new Plus was really capable of: strings sounded smooth and full-bodied, woodwinds had texture, and percussion instruments at the back of the orchestra were presented in a spatially accurate manner. You could aso sense the vertical swell of the orchestra as it hit a dynamic crescendo – Dolby Atmos processing at work.

The Sennheiser Ambeo Plus is available now for preorder and will ship on September 22. If you hadn’t already guessed, we are queuing up to review one, and yes, there’s a solid chance it will end up on our list of the best soundbars. 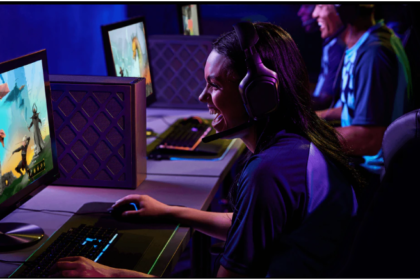 Intel’s NUC 13 Extreme is here and we want it

November 9, 2022
Putin Wants Fealty, and He’s Found It in Africa
Ivory Coast to withdraw from UN peacekeeping force in Mali
Times Square May Get One of the Few Spectacles It Lacks: A Casino
The New York City Marathon: A 26.2-Mile Fashion Show