Premium streaming service Hulu has been providing quality content to Americans since 2007. It’s not just the award-winning titles in its library that make Hulu a great choice, either, but the fact it also offers a comprehensive replacement to cable TV if you opt for the Hulu + Live TV plan. Add in some quality Hulu originals and it’s one of the most versatile streaming platforms on the market.

Contents
Hulu explained – what is Hulu and Hulu + Live TV?Hulu shows and movies: what can you watchHow much does Hulu cost?Hulu: is there a free trial?How to sign up to HuluHulu app: what devices can you watch on?Hulu in 4K and HDRHulu vs Netflix vs Amazon Prime Video vs HBO Max

Hulu was one of the first competitors to challenge Netflix in the now very congested US market, but the service hasn’t quite pipped its rival to the most viewers worldwide yet. However, Hulu arguably offers a wider range of new and classic shows than Netflix and Amazon, like the Emmy-winning The Handmaid’s Tale, as well as being the new home to The Kardashians, not to mention the thousands of movies that make up its impressive library.

Find out everything you need to know about Hulu, one of the best streaming services available, below.

Hulu explained – what is Hulu and Hulu + Live TV?

As our full Hulu review explains, a basic Hulu subscription grants you instant access to over 2,500 films and 1,650 TV series. This includes original series and movies from Hulu as well as from major networks. And you can make the service what you need it to be by adding extras to your basic plan. For instance, you can add premium channels like HBO Max or Showtime for an extra fee.

For those missing traditional cable, a Hulu + Live TV subscription will grant you more than 75 channels without breaking the bank. You’ll also benefit from Hulu’s Cloud DVR, which lets you record up to 50 hours of live television.

Additionally, you can purchase the Enhanced Cloud DVR to increase your storage to 200 hours, or bolster your line-up with the Entertainment Network and Español Network Add-ons.

Know which plan you want to go for? You can sign up to Hulu now!

Hulu shows and movies: what can you watch

The platform also hosts older shows from dozens of networks, among them A&E, AMC, VH1, MTV, TNT, Disney Channel, and Discovery. So, you’re just a click away from shows like Sons of Anarchy (FX), Modern Family (ABC), Broad City (Comedy Central), and animated classics like Bob’s Burgers and The Simpsons (Fox). Whatever you pick, you’ll have a lot of fun watching it.

Of course, you can bulk up your roster of content with the renowned Disney Plus Bundle. It unites a mind-boggling amount of popular TV shows from Hulu and blockbuster films from Disney+ with live sports action from ESPN+ – and all at a very reasonable price.

With a Hulu with Live TV plan you can enjoy all this and 75+ live channels.

How much does Hulu cost?

Check out our Hulu plans and prices guide for a full breakdown of subscription options and Add-Ons. Or, if you’re ready to sign up, why not visit Hulu’s website now?

Hulu: is there a free trial?

Oh yes! And it’s a doozy. If you want to try the Hulu basic or it’s Hulu (No Ads) equivalent, you’re entitled to a 30-day Hulu free trial, which gives you a month to explore the platform’s thrillingly diverse programming.

Registering to Hulu is pretty simple!

Hulu app: what devices can you watch on?

The latest Hulu app and all its features, including Live TV and Premium Add-ons, are supported by the follow devices:

* While PlayStation 3 and Xfinity devices have the latest Hulu app, they do not support live TV programming.

Hulu in 4K and HDR

If you’ve got the hardware to support 4K Ultra HD, then you’re in luck because some of Hulu’s best shows are available to stream in this format. Considering Hulu is home to over 4,000 titles, it’s a pretty small selection. But it still provides around seventy with which you’ll get a sharper image, deeper colour, and 8 million pixels pummelling your eyeballs.

Pretty much all Hulu Originals are ready to stream in 4K – that includes supernatural thriller Helstrom, science-fiction comedy Future Man, all seasons of The Handmaid’s Tale, and horror anthology series Into the Dark. There’s also a clutch of FX titles to enjoy too, like Mayans M.C, Black Narcissus, and the star-studded miniseries Mrs America. Any content available in this format will display a “4K” badge on the details page.

However, HDR is not supported right now, so all 4K UHD content would be streamed in Standard Dynamic Range (SDR).

Hulu vs Netflix vs Amazon Prime Video vs HBO Max

The most ubiquitous VOD platform, Netflix boasts over 5,000 films and TV series. It produces hundreds of Netflix Originals a year, including Oscar-nominated films and highly popular shows like Stranger Things. But at $8.99 a month for an entry-level plan, providing one stream in SD quality, a Netflix sub doesn’t offer the best value. Hulu may have less content, but for a few dollars less a month you still get thousands of thrilling titles, two simultaneous streams, and access to HD and UHD content.

Amazon Prime Video is even pricier than Netflix. But with circa 18,000 titles its content library is more beefed up than Arnold Schwarzenegger. Granted, the overall quality is questionable, but Prime Video does include plenty of brilliant Amazon Originals like The Boys and high-calibre movies old and new.

Yes, it’s around twice the price of Hulu. But the benefits of a subscription, such as free delivery, Prime reading and ad-free music streaming, justify the inflated price. On the downside, you’re limited to three streams per account (you can purchase “Unlimited Screens” with Hulu), and, when it comes replicating the cable experience, Hulu + Live TV is far more cost-effective than adding individual Amazon Channels.

On the most expensive end of the VOD spectrum is HBO Max. It’s the most expensive of the quartet, even with the recent introduction of its ad-supported plan, which allows you to stream to three different devices at once. If you’re a fan of HBO’s output – and let’s face it, who isn’t? – then registering is a no brainer. Yet as well as ground-breaking dramas like Six Feet Under, The Wire, and Game of Thrones, subscribers get a wide range of titles from Warner Brothers, their subsidiaries, and third-party companies.

That means easy access to all Studio Ghibli animations, DC Comics movies, The Lord of the Rings films, and a curated selection of classic movies thanks to TCM. Or you could just add HBO Max to Hulu as a Premium Add-on. 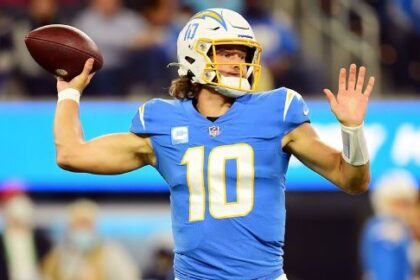