Epson is at IFA 2022 showing off its latest stuff, including a new 3LCD ultra short throw (UST) projector that appears to be a major upgrade over the company’s previous UST model.

The EH-LS800B comes in either a black or white finish and is currently listed on Epson’s UK website for £3,699 (around $3,800) with an expected November shipping date. It features a Yamaha-designed 2 x 20-watt built in audio system and runs the Android TV OS for video streaming.

Epson’s new UST can beam an 80-inch diagonal image when placed just 2.3 cm away from a wall or screen, and it has a maximum image size of 150 inches. Brightness is spec’d at 4,000 lumens – a notably high amount for a home theater projector. The EH-LS800B uses a laser light source and, according to Epson, features “4K Enhancement Technology that shifts each pixel diagonally to double Full HD resolution.”

3 HDMI inputs are provided, including one with eARC. One of those inputs is a “special” HDMI port that bypasses the projector’s video processing circuits to enable under-20ms latency when gaming, according to an Epson rep I spoke with at IFA.

A very cool feature that I caught a demonstration of was Epson’s iProjection app. Ultra short throw projectors are notoriously annoying to set up and get their picture aligned with a screen. But Epson’s app takes the pain out of that process by using the camera in your smartphone to capture an image of the projected image during setup and then working with the projector to correct alignment. From what I saw, it was simple and quick, and easily preferable to leveling out the projector’s feet on whatever surface it’s placed on.

Ultra short throw projectors are designed to be placed in living room environments with a relatively high level of ambient light. Screens with a special coating can help to reduce the impact of room light on UST models, but in higher the light output, the better your chance of getting an image with good contrast and rich colors.

For the EH-LS800B demo I caught at IFA, the projector was placed in an open space with typically bright overhead trade show lighting – no attempt was made at all to optimize the environment for video projection. And yet, Epson’s projector looked strikingly good despite the challenges. This was partly due to the ambient light rejecting screen used for the demo, but the EH-LS800B’s ample brightness doubtless contributed to its performance.

Audio is another factor with UST models since they inhabit the space that would typically be occupied by a soundbar in a living room entertainment setup. Almost all UST projectors feature some form of built in audio, but in many cases the sound is weak and lacking in dynamics.

The Formovie UST projector that I recently did a hands-on test of features a Bowers & Wilkins-designed audio system with four total speakers and Dolby Atmos support. Both of those things really made a difference when watching movies, with the projector delivering clear dialogue and actual Atmos height effects.

Epson’s Yamaha-designed 2-speaker audio system appears to be somewhat less ambitious than the one in the Formovie UST, but during a demo that used an electronic music festival performance, the sound coming out of the projector had a relatively full and clear quality, and Yamaha’s sound processing modes – one of the company’s specialties – could be tapped to create a stadium, theater, or sports arena effect.

From what I could tell from my short time with it, the EH-LS800B’s performance, combined with its low latency spec for gaming, living room-friendly looks, and app-based setup could make it a strong contender for one of 2022’s best 4K projectors. We look forward to spending some quality time with it in the near future. 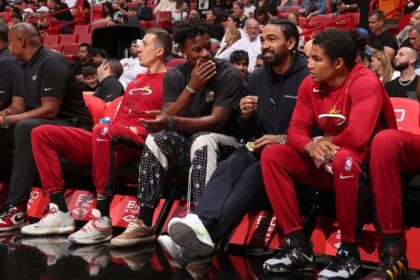