Cloud servers are now the number one entry route for cyberattacks, new research has claimed, with 41% of companies reporting it as the first entry point.

The problem is only getting worse, with the number of attacks using cloud servers as their initial point of entry rose 10% year-on-year, and they’ve also leapfrogged corporate servers as the main way for criminals to find their way into organizations.

The data, collected by cyber insurer Hiscox from a survey of 5,181 professionals from eight countries, found it’s not just cloud servers that are letting hackers in, as 40% of businesses highlighted business emails as the main access point for cyberattacks.

How else are bussineses getting compromised?

Distributed denial of service (DDoS) attacks were also a popular method, cited by 26% of those surveyed.

The data also provided some into how cyberattacks are impacting different countries.

Businesses in the United Kingdom were found to be the least likely out of all the countries surveyed to have experienced a cyberattack in the last year at 42%, significantly beating out the Netherlands and France, who had figures of 57% and 52% respectively.

However, on the flip side, the UK had the highest median cost for cyberattacks out of all the countries looked at, coming in at $28,000.

> Switching to cloud security is already paying off for many companies

> Our guide to the best endpoint protection software

It’s not just the smaller, underfunded firms that can fall victim to cloud server-based attacks.

Accenture, one of the world’s largest IT consultancy firms, recently suffered an attack involving the LockBit ransomware strain which impacted a cloud server environment.

Is security your number one cloud priority? Check out our comparison of the best best cloud hosting services 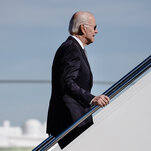 Biden Says the U.S. Is Eyeing ‘Alternatives’ to OPEC Oil

October 6, 2022
Twitter is already testing its $8 per month verification plan
Some Unlikely Dealers Are Selling Weapons to Ukraine
When will we know the results of the US midterm elections?
China markets decline as Covid cases hit all provinces, factory output continues to shrink