You may think switching your phone to a new carrier is a huge hassle. Do you need to visit a store to change your account? Will you need to deal with tiny SIM cards? How will your old carrier react?

T-Mobile has come up with a devilish plot for iPhone users that simplifies the process, and even gives new customers up to three months to try T-Mobile’s network. It all relies on eSIM technology.

Your fancy new phone may not even need a physical SIM card, thanks to an integrated alternative called an eSIM . Apple has included eSIM in its best iPhones, ever since the iPhone XS, and the current Apple iPhone 13 supports eSIM too.

All of the major US carriers support eSIM, which link to an account, or multiple accounts, on your phone, without needing to insert a physical SIM card. At the moment, a carrier supplies you with a QR code that you scan during the setup process. Your phone needs to be connected to Wi-Fi, at which point the QR code directs the phone to download the eSIM software to access your carrier’s network.

T-Mobile has realized even the QR code is unnecessary – there are other ways to download software. Now, via Apple’s App Store, you can just download the carrier’s app and gain access to the eSIM on your iPhone without a QR to scan.

If you are ready to switch yourself (and maybe your family) permanently, there’s an Easy Switch feature, however, if you just want to feel the Magenta vibes for a short time, there’s the Network Pass trial offer, which grants three months access via eSIM for free.

To connect to T-Mobile via eSIM, your phone will need to be unlocked. Rival Verizon, for example, sells its phones SIM-unlocked, so that’s no trouble. Compatible iPhone models bought from AT&T will be more of a hassle, however. T-Mobile has included instructions in its app covering both AT&T or Verizon phones, explaining how to initiate the unlock process.

This three-month offer is available to both businesses and consumer customers. The eSIM app features are only available on Apple iPhones for now, but T-Mobile says its Android app will eventually be updated to support this new eSIM switching as well.

Analysis: could this spark a new switching battle?

We’ve seen eSIM tech on phones for a while, and carriers make it fairly easy to activate an eSIM by using a QR code already, however, this aggressive new tactic from T-Mobile grants even more power to the consumer, with regards to switching carriers.

If the process is as easy as downloading an app, wouldn’t you consider giving it a try; especially if T-Mobile is paying the bill for three months? Call your carrier and put your existing plan on pause, don’t cancel it.

T-Mobile says that people who want to switch to a new carrier would prefer to try the network out first. Switchers don’t check network coverage maps for the best cell network in their area, according to T-Mobile. We agree that maps are a bad guide for choosing a cellular service. Maps don’t tell you whether the service will only work in that one corner of your kitchen, or fail entirely in your basement office.

Although T-Mobile looks to be the first to hop on this new app-based eSIM switchover solution, what’s to say smaller carriers don’t capitalize on the convenience to sneak customers away from bigger players like Verizon and AT&T?

Upstarts like Mint Mobile already support eSIM functionality, so it wouldn’t be a big leap to see their kind trawling for switchers by simply dropping an app into the App Store. 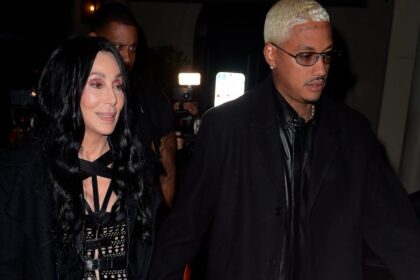 November 8, 2022
Barbie Dreamhouse Over Six Decades: An Architectural Tour
Everything you need to know about the energy price cap and what it means for your bills
Listen to the details from Paul Pelosi’s coded 911 call that led to his rescue CNN.com – RSS Channel – HP Hero
Voters Reject Election Deniers Running to Take Over Elections