The new DIY system connects to standard apartment intercom systems via a wire and the Ring app over Wi-Fi, adding features like remote alerts and the ability to buzz someone into your apartment from almost anywhere in the world.

Unveiled at IFA 2022 in Berlin, the Ring Intercom is battery-operated, and ships with a removable and rechargeable battery, as well as a backup. Initially it’ll go on sale for £179.99 in the UK and Germany, with availability in the US set for sometime next year (no US pricing was available at the time of writing – Ring told us to expect that info next year). Ring says there won’t be any subscription fee for the service.

With the Ring Intercom added to an existing apartment intercom, you’ll be able to speak to anyone who buzzes your apartment, even if you’re not at home. The alert comes through the app and opens an encrypted communication line between you and your visitor standing outside your apartment’s front door. You can then choose to remotely grant them access to the building.

Ring Intercom will work with Alexa-enabled devices (the audio from outside could come though, for instance, your Amazon Echo). And, in keeping with the Amazon theme you’ll be able to authorize Amazon delivery people to buzz themselves in and leave your packages inside, instead of leaving them, for instance, out in the rain.

Even though Ring claims that the Ring Intercom is compatible with most apartment intercom systems, you’ll still have to run a compatibility checker through Ring.com.

Ring adds that the installation requires no structural changes, though we’ll be interested to see how landlords feel about you adding this equipment to what is essentially their security system. Based on the photos we’ve seen, though, the self-contained box is installed in your apartment, and connects directly to your wall-based apartment intercom and buzzer system. A Ring representative told us that Ring Intercom uses 2.4GHz Wi-Fi, which should make it compatible with virtually all home networks.

Analysis: Ring around us

Ring has methodically drawn, well, a smart security ring around every facet of our lives, starting with video doorbells, and adding security cameras, alarm systems, doorbell chimes, and now an apartment intercom system.

It ties much of this together with a somewhat controversial neighborhood network security system, with Ring users receiving notifications about security alerts from other nearby Ring systems. In addition, Ring Doorbells regularly record activities in front of homes, often without people’s knowledge or permission. The practice has become so popular that Amazon is producing a new show called Ring Nation, which will feature the most interesting clips from its network of Ring Video Doorbells.

It’ll be interesting to see if Ring seeks to build a similar library of entertaining apartment intercom interactions – since these are encrypted, it might mean they can never be shared outside the system. Unless, of course, both parties agree, and then a future show called Ring Talk Nation seems possible.

The fact that Ring is releasing the Ring Intercom first in Europe might indicate that it wants to test reaction to the new device, and get some real-world telemetry on how well the system lives up to its claim that it can work with most apartment intercom systems.

Is a Disney Plus free trial available in 2022?

1Password reveals passwordless authentication add-on for all your favourite browsers 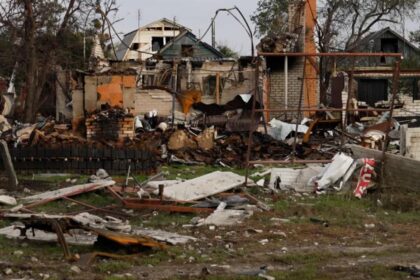