Seven games into the season in all competitions and Frank Lampard can finally select a recognised striker he wants in an Everton shirt. Providing someone at the Premier League has registered Neal Maupay in time for the Merseyside derby, that is. Lampard and Jürgen Klopp will be relieved to concentrate on the renewal of old rivalries after the distractions of a transfer window that both believe dragged too long into the season. Everton are without a win in the Premier League but building gradually. A derby debut for Maupay, signed from Brighton last Friday but not cleared to play at Leeds on Tuesday, would offer a desperately-needed presence up front. Klopp’s striking options are rich by comparison but also involve a dilemma. Does Darwin Núñez come straight back into the Liverpool side having served a three-match ban for head-butting Joachim Andersen last time out? Goodison Park would be the perfect place to find self-restraint and redemption. AH

5 Key Factors That Will Decide the Georgia Senate Runoff 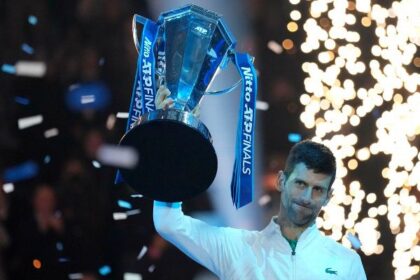