During the Lenovo Tech Life | IFA event, the company introduced tons of new and upcoming products that are either launching in late 2022 or in 2023. One of the more intriguing pieces of tech shown was the Lenovo Glasses T1, which is Lenovo’s answer to Apple’s long-rumored Apple Glasses.

These glasses use AR technology in order to create another display before your eyes. The display isn’t just some fuzzy and faded screen either, as it has a resolution of 1920 X 1080 per eye and uses Micro OLED with a framerate of 60Hz. And those, like myself, with poor vision won’t be left in the dark as the Glasses T1 features lens that attach to the inside of the glasses, which are meant to be prescription.

Once you plug the Lenovo Glasses into any PC, laptop, or another device that has a USB Type-C port, the display from that screen transfers over to the glasses’ view and becomes the screen. There’s a built-in UI that allows you to access various apps and programs through the glasses. The device the glasses is connected to becomes a touchscreen that navigates the main screen.

You can use the buttons on the side of the glasses to alternate between the main screen moving with your head or locking the screen in place, which allows you to look away from the screen at something else. There are also built-in speakers with volume control buttons on the glasses, which is perfect for listening to music or watching videos.

The only main issue with these glasses is there’s no current way to directly record or display visuals from the glasses to another device, like a PC.

The Lenovo Glasses T1 will be heading for China first in late 2022 as the Lenovo Yoga Glasses in China, then release for other select markets in 2023. Currently, there hasn’t been an official price announcement but the company is targeting under $500 (around £430 / AU$729), which is in line with making it consumer friendly.

Nearly all businesses are adopting Zero Trust, but still aren’t getting its full business potential

Many SMBs still just aren’t equipped to deal with cyberattacks

Millions of people have had their data sold on bot markets 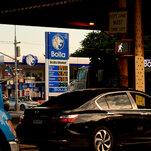