With virtual no sound, but considerable wrist pressure, the Huawei Watch D took my blood pressure while I sat in a booth at IFA 2022 in Berlin. That’s all, just some wearable technology performing a function typically the sole purview of those cuffs you wear in the doctor’s office. It felt halfway between uncomfortable and impossible.

Huawei introduced the Huwaei Watch D back in May, but it only recently got (or is very close) to getting European approval for its use as a health device. There’s no word on the US FDA, though, and with Huawei’s limited profile in the states, I don’t expect that to happen anytime soon. Earlier this year, no one was able to try it out but with pending regulatory approval, Huawei was ready to let me and others at the show test-drive the new smartwatch technology.

To be clear, other wearable companies are working on and starting to offer blood pressure measurement, but they’re mostly doing it through IR sensors. Not the Huawei Watch D, though. It’s a real, albeit wrist-sized, blood-pressure cuff.

There are, in fact, a number of surprising things about the device, some that have little do to with the blood pressure mechanism, but let’s focus for the time being on that.

Looking very much like a regular, if slightly thicker, health and fitness smartwatch, the Huawei Watch D does a fair job of hiding its pressure-reading skills. The technology is really a two-part affair.

Inside the watch is an insanely small mini pump that, according to Huawei, is capable of pumping up to 49 kilopascals (kPa) of pressure. It connects to a bladder or, as Huawei called it, a dual-layer airbag in the watchband, that can when fully pumped, read between 40 and 230 kPa (If you’re at 230 or above, that might be cause for serious concern).

There’s no watch or band calibration. Instead, you start by measuring your wrists to see if you need a medium or large band (the watch will come in those two band sizes for just one watch size) and then each band has a lot of adjustments for a snug, but not uncomfortable fit.

The watch itself is, with a rectangular face and bright, clear interface, rather attractive. One might expect that a blood-pressure-reading watch might look more medical, but then it’s for exercise (supports 70 workouts) and other smartwatch activities, too. The band is wider than a normal band and, with that strip of inflatable bladders inside, slightly thicker than normal, too. It’s not so much, though, that anyone else would notice or that it feels uncomfortable.

After my fitting, which took a few seconds, a Huawei rep slid the watch over my hand and onto the upper part of my wrist before finding the right clasp position.

I saw him navigate to the blood pressure reading app on the watch and then he told me to relax, place my arm across my chest, and unclench my fist (okay, I was a little nervous – I am a terrible patient).

He pressed the watch’s side button and, almost silently, the Watch D band bladder began to fill. As the pressure increased, it felt like someone with a particularly strong grip had grasped my wrist. It didn’t hurt, but wasn’t super comfortable, either (basically like a regular blood pressure machine).

After roughly a minute (maybe less), the pressure suddenly released, not slowly, but quickly and decisively.

My reading, a slightly high 132/100, instantly appeared on the watch and, as the rep showed me, on a Huawei phone, too. There, I got more details about my reading, including a slightly alarming mention of “hypertension (Stage 2)”. Since I just had a physical and had excellent blood pressure, I’ll put this down to nervousness and the stress of being at IFA.

You can also use the app to schedule blood pressure reading reminders.

Staring at that reading, I was, as my UK friends would say, gobsmacked. Nothing about this felt cheap or inconclusive. The Huawei Watch D and its tiny blood pressure wrist cuff worked as advertised.

The other remarkable claim about this watch is that it can do this, ECG, heart rate measurement, workouts, smartwatch notifications and, Huawei claims, last for 7 days on a single charge. The company insists that this is with doing multiple readings across all the sensors, including the BP cuff. If true, that would be stunning.

The watch is also IP68 rated which means dust and water won’t be a problem.

Now for the bad news. While Huawei Wach D is about to get certified for use in the European Union, other areas like the UK, have yet to OK it. I don’t know if the watch will ever make it to the US where it’s notoriously difficult to get medical devices through the FDA. Ask Apple, which is careful to make no real medical claims about any of its Apple Watch features.

There’s also no price and no availability date in any market yet.

It’s unfortunate that what appears to be ground-breaking wearable technology might still be months or more from general consumer availability and that major markets like the US may never see it. Huawei is going where no wearable company has gone before. This is true diagnostic capability in consumer wearable technology. I wonder if Apple will try this next.

Also, I’d like to try the Huawei Watch one more time, when I’m a lot more chill, to prove that my blood pressure is just fine, thank you very much.

IFA 2022 is Europe’s biggest tech show, and TechRadar is in Berlin to bring you all the breaking news and announcements, plus our hands-on first impressions of the new TVs, wearables, audio devices, and other gadgets on show. 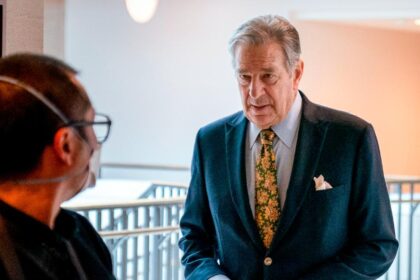 October 28, 2022
Black and poor women may decide who will be the next president of Brazil
US Democrats rally against Saudi Arabia, UAE after oil cuts
The state of Texas A&M: What’s keeping Jimbo Fisher and the Aggies from taking the next step? www.espn.com – TOP
Treasury watchdog to ask Kwarteng to hand over growth forecasts