Xperi, parent company of DTS, is at IFA 2022 demonstrating the latest updates to its Play-Fi wireless audio streaming platform. Play-Fi, which is found in products ranging from wireless speakers to the best soundbars, AV receivers, and TVs, lets listeners stream up to 24-bit/192kHz high-res audio with under 1ms latency over their home’s Wi-Fi and also allows for tunes to be simultaneously streamed to 16 separate devices at once.

The main update that Xperi demoed at IFA was wireless playback of immersive movie soundtracks over a  7.1.4 speaker configuration. The source for the demo was a Play-Fi-compatible Philips TV, which streamed audio to a Philips Fidelio FB1  7.1.2 soundbar. Along with the FB1, that company’s F1 wireless speakers were used for both surround and height effects and its W1 wireless subwoofer for low-frequency effects.

Play-Fi can support dual subwoofer setups – something I wasn’t previously aware of. But we made do with a single sub for Xperi’s 7.1.4 demo, which needed to be loud enough to compete sonically with loud construction equipment being used to assemble a nearby booth. (Ah, the perils of IFA press day.)

What most impressed me about the Play-Fi demo was the TV’s easy Home Theater Setup menu. With this, viewers with a Play-Fi-enabled TV – currently limited to sets from Philips – can access an onscreen menu to add soundbars and speakers and configure settings like speaker channels, levels, and delays exactly as you would in an AV receiver’s menu.

But you don’t necessarily need a Play-Fi-enabled TV to set up your 7.1.4 surround system since the Play-Fi app also gives you access to those same settings. If you do have a Play-Fi TV, however, it can be designated as a “speaker” within a multiroom setup, providing you with yet another end point for whole-house music.

A second Play-Fi feature Xperi announced at IFA is gapless music playback. This mainly matters for classical music where listeners might not want to experience audible gaps between the sections in a symphony. Extended DJ mixes will also benefit from Play-Fi going gapless.

The DTS Play-Fi product ecosystem now supports 400 products from 30 brands and the company’s licensee list keeps growing. At first Play-Fi worked primarily as a way to stream stereo music to wireless all-in-one speakers, but with the addition of multichannel audio support, first 5.1 and now scaled up to 7.1.4, the Play-Fi platform is starting to look like a viable replacement for hardware like AV receivers.

Using a TV as the source for wireless playback to a Dolby Atmos soundbar plus surround speakers and subwoofer is an easy and affordable way for viewers to step up to higher-quality, fully immersive sound. And as DTS demonstrated at IFA, the simplicity of that process will make the setup undaunting even for casual users. Just power up the TV, select which wireless speakers you want to get sound from an onscreen menu, and away you go.

Along with the updates, Xperi announced a new partnership at IFA with Vestal, maker of Toshiba and JVC-branded TVs, to bring Play-Fi wireless audio streaming technology to its sets. Other partnership announcements included TCL and Hisense for those company’s soundbars. Both of those are fast-growing TV brands as well, so if we see Play-Fi also embedded in their sets sometime in the future, it could mean the beginning of the end for the A/V receiver – and the start of a new era where immersive audio is made easier, more affordable, and generally more accessible. 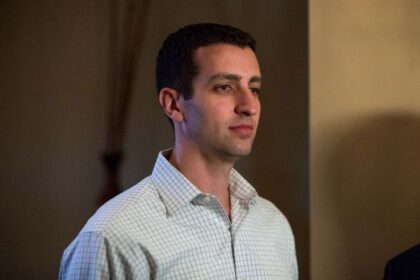