With the annual D23 Expo taking place in California this month, Disney Plus Day is landing earlier than its previous anniversary spot in mid-November, instead taking place on September 8.

Once again it promises plenty of new and exciting titles across its hubs, including Marvel, Star Wars, Pixar, and National Geographic, as well as enchanting new titles from Disney itself.

Already announced, we can expect a magical live action retelling of Pinocchio, as well as plenty of behind the scenes magic from Thor: Love and Thunder and Disney Plus Original Obi-Wan Kenobi. We’d also predict the day to promise sneak peeks of what’s to come in 2023 and potentially a saving on the Disney Plus price come the day itself, if last year’s celebrations are anything to go by.

Disney Plus Day date: when does it take place?

Two months shy of its three-year anniversary, Disney Plus Day will this year take place on Thursday, September 8.

Unlike Netflix’s Tudum and Warner Bros’ DC Fandome events, Disney Plus Day won’t be live streamed. Instead, fans can keep up to date with reveals via Disney’s official social media channels. Any announcements will be made exclusively on Disney Plus US, Disney Plus UK, and Disney Plus Hotstar Twitter accounts, as well as the company’s Disney Plus Facebook and Instagram pages. You can also follow the official Disney Plus TikTok channel to check out unique short-form content centered around Disney Plus Day.

Will there be a Disney Plus Day deal?

Currently the best deal in the house is the Disney Plus bundle (if you’re a US subscriber), or signing up for an annual plan and saving 20% otherwise. In the bundle you get Disney Plus as well as Hulu and ESPN Plus, all for the great value of just $13.99 a month.

Disney Plus has yet to announce any special deal for the day itself, though if last year is anything to go by round two of the event may see a tasty discount.

Disney Plus Day releases: what’s launching on the streamer?

Ready for a whole other dose of magical entertainment? Here are all the titles announced so far that will be available to stream on Disney Plus Day.

Pinocchio: Disney has once again sprinkled its pixie dust, well and truly turning Pinocchio into a real boy, transforming the 1940 classic, starring Tom Hanks as Geppetto and new rising star Benjamin Evans Ainsworth as the puppet itself.

Frozen and Frozen 2 Sing-Along: You know and love it. Now it’s time to let it go and let it rip in sing-along versions of both Frozen movies.

Remembering: An inspiring short film on where ideas come from and where they go once they’re forgotten. Sounds adorable.

Welcome to the Club: As if we couldn’t get enough of The Simpsons, this short follows Lisa Simpson as she turns bad in a bid to become a princess.

Thor: Love and Thunder: After its theatrical release in movie theaters around the world, the latest instalment from the MCU gets its streaming service debut.

Cars on the Road: It’s the automobiles you know and love. Lightning McQueen and Mater star in this own Disney Plus Original series, heading on a road trip to meet up with Mater’s sister.

Tierra Incógnita: For audiences looking for a fright, this Argentinian mystery-horror is sure to do the trick as Eric Dalaras attempts to solve the mystery of his parents’ disappearance eight years ago.

Epic Adventures With Bertie Gregory: The latest documentary from National Geographic, follow Bertie into the stories of many a wild animal in some of the harshest climates.

Growing Up: From the mind of Brie Larson and Culture.House, Growing Up is a hybrid docu-series that explores adolescence and its many triumphs and challenges.

Dancing with the Stars: The Pros’ Most Memorable Dances: Ahead of the dancing show’s finding its new home on Disney Plus, stars look back on some their favorite moments across the competitions 17 years.

Mike: For those in the UK and Ireland, the release of the Hulu Original Mike will finally be made available, from the creators of I, Tonya comes an 8-part series exploring the ups and downs of Mike Tyson.

Wedding Season: You’re in for a wild ride with this genre-blending TV show following the already engaged Katie who starts an affair with Stefan after falling in love at a wedding. Two months later, Katie’s fiancé and his family are murdered.

‘Making Of’ documentaries and specials

Obi-Wan Kenobi: A Jedi’s Return: One for Star Wars fans, delve into the making of Obi-Wan Kenobi, 10 years after the events of Revenge of the Sith. 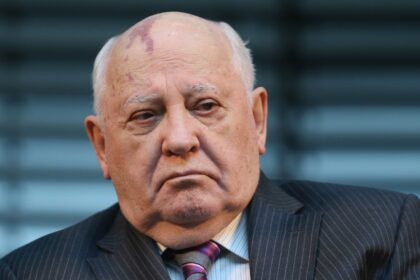 August 30, 2022
These are the secrets of the Samsung Galaxy Fold, and the future of that crease
Anne Heche’s son petitions to assume control of her estate
Milan v Inter: five historic matches from the Derby della Madonnina Football | The Guardian
Hong Kong businesses see political persecution in COVID controls