Chelsea rounded off a whirlwind transfer window with the signing of Pierre-Emerick Aubameyang from Barcelona, reuniting the striker with Thomas Tuchel, under whom he had thrived at Borussia Dortmund. The London club were also confident of strengthening in midfield with the loan capture of Denis Zakaria from Juventus, even though no announcement had been made by midnight BST.

The Aubameyang deal, which is due to take the left-back Marcos Alonso in the opposite direction to Barcelona, was valued at €14m (£12m) and took Chelsea’s outlay on incoming fees under the new co-owner Todd Boehly to more than £250m. 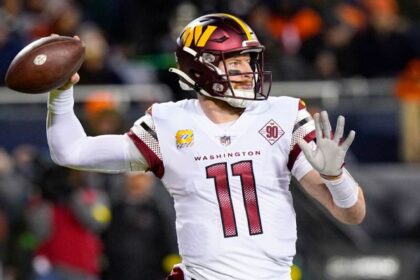 Commanders activate Wentz to back up Heinicke www.espn.com – TOP