AMD’s Ryzen 7000 processors which use 3D V-cache to pep up things for gaming will be revealed at CES 2023, a new rumor claims.

This comes from Greymon55 on Twitter (via Wccftech), who made the assertion in a somewhat cryptic tweet which just listed ‘V95, V9, V8’, referring to the following respective models which will supposedly be the first to arrive with V-cache: the 7950X3D, 7900X3D and 7800X3D.

Naturally, we must be skeptical about anything like this from the rumor mill, but it’s not the first time we’ve heard that AMD is planning to get some 3D V-cache toting Ryzen 7000 silicon out there relatively early in 2023.

Note that Greymon clarifies that CES will just be an initial unveiling of the purported trio of X3D models, with the CPUs not actually going on sale until February or March (or that’s the “likely” scenario, the leaker believes).

Analysis: A quick follow-up to keep Intel on the ropes?

As you doubtless saw, AMD unveiled its Ryzen 7000 processors earlier this week, with the initial models to be revealed consisting of the Ryzen 9 7950X, Ryzen 9 7900X, Ryzen 7 7700X, and Ryzen 5 7600X, just as was rumored. These mentioned 3D V-cache models will be the follow-up batch, in theory, and AMD did say that it’s already working on these chips.

Furthermore, regarding the release date as in hitting the shelves, we can see the 7800X3D being first out of the door, as the most affordable and mainstream model, to really tempt gamers like the 5800X3D has done – so perhaps that will arrive in February, and the other models could follow in March.

It’s a bit of a surprise to see that AMD could be planning a pair of high-end 3D V-cache chips, the 7950X3D and 7900X3D, as these will be pricier and more niche propositions. Previous chatter from the grapevine has talked about an X3D flagship, but just that and the 7800X3D, which we feel sounds more likely than two top-end offerings, as that feels like overkill.

Particularly as AMD will want to focus on getting a decent amount of stock of these Zen 4 V-cache CPUs out there right from the get-go, because as we’ve been informed via the rumor mill, this is one of the key points with the initial Ryzen 7000 launch (with those first processors coming out on September 27).

If AMD can get plenty of X3D processor stock readied for a February or March launch, that could well keep it ahead of the game in terms of the battle with Intel. Right now, with those initial Ryzen 7000 CPUs coming at the end of September, they’re set to have a head-start of a few weeks on Intel’s next-gen processors (Raptor Lake) if the rumors are right – with plentiful stock to make a killing on sales, in theory.

Raptor Lake might potentially shift the direction of the limelight subsequently – a lot, of course, will depend on relative performance versus Zen 4, and crucially pricing – but if that does happen, AMD could have a pretty quick reply on hand with these V-cache models.

All of which is to say that it’s starting to look like AMD could have the upper hand in the battle of the next-gen CPUs, although that prospect might just drive Intel to be more competitive with Raptor Lake – rather than hiking prices, as is rumored – which would be a big win for consumers, of course. 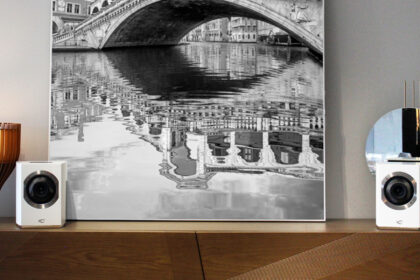