Among the many IFA 2022 announcements, we’ve heard about five new products from HMD Global, the maker of Nokia handsets: three cheap phones, a tablet, and an intriguing subscription.

Let’s start with the phones, and specifically the Nokia X30 5G, which you can see below. This in many ways sounds like a fairly standard cheap phone, with a 6.43-inch FHD+ AMOLED screen, a 90Hz refresh rate, a max brightness of 450 nits, a Snapdragon 695 chipset, 5G support, 6GB or 8GB of RAM, and 128GB or 256GB of storage.

It also has a 4,200mAh battery with 33W charging, a 50MP main camera plus a 13MP ultra-wide one, and runs Android 12 with the promise of three years of updates. It comes in blue and white shades, and interestingly it has an IP67 rating, which makes it more water-resistant than most cheap phones.

What’s even more interesting about the Nokia X30 5G is that, according to HMD Global, it’s the most eco-friendly phone the company has ever made, with a 100% recycled frame and camera bump, along with a 65% recycled plastic back. So if you want a new phone while minimizing your environmental impact, you could do a lot worse than this.

If you’re interested, you’ll be able to grab it in the UK from late September starting at £399 (around $465 / AU$675), with no word yet on availability or pricing for other regions.

The battery is 4,500mAh with 20W charging, the phone supports 5G of course, and there’s a 50MP main camera, a 5MP ultra-wide camera, and a 2MP depth sensor.

This also comes with Android 12 and three years of updates, so while there’s no mention of recycled materials, it should at least remain a viable handset for a while, which also helps the environment as you won’t have to upgrade as often.

It starts at £249 (around $290 / AU$420) and is out now in the UK, but again there isn’t currently any information on availability elsewhere.

There’s a large 5,050mAh battery though, albeit with slow 10W charging, and it has a fingerprint scanner on the back, a 3.5mm headphone port, and runs Android 12.

The Nokia T21, meanwhile is a newly announced budget tablet with some environmentally friendly credentials of its own. They’re not quite as impressive as those of the Nokia X30 5G though, with the slate containing just 60% recycled plastic for the antenna cover and SIM tray.

Analysis: eco-friendly beyond the hardware

Some of these devices are more eco-friendly than others, but HMD Global is trying to encourage people to be environmentally conscious in more than just their phone choice.

The company is doing this by trying to get buyers to hang on to their smartphones for longer, as you can see in part from the promise of three years of updates on some of these handsets.

But it doesn’t end there, as the company has also announced a subscription service called ‘Circular’, which will initially be launching in the UK and Germany, with other regions to follow.

The subscription gets you more than just the device. It also covers you against loss, theft and damage, and the longer you keep your subscription for, the more ‘seeds’ you’ll gain, which are essentially reward points that can be used to plant trees, clean rivers, and provide connectivity to those in need.

Plus, when you eventually replace your phone or tablet through the scheme, HMD Global will ensure that your old device is reused if possible, or as fully recycled as possible.

So it looks as though the likes of the Fairphone 4 could soon have some real competition on the environmentally-friendly front.

Nearly all businesses are adopting Zero Trust, but still aren’t getting its full business potential

Many SMBs still just aren’t equipped to deal with cyberattacks

Millions of people have had their data sold on bot markets 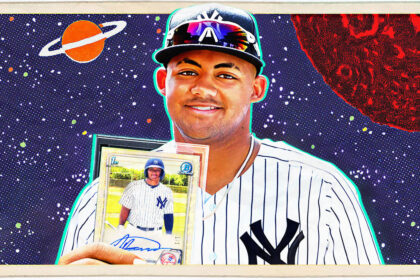