If Wordle is no longer scratching your itch for brainteasers, there might be a solution from an unlikely source: celebrated actor and director Tom Hanks.

Don’t worry if you aren’t a Tom Hanks buff and can’t separate your Woodys from your Wilsons. Despite the name, Hanx 101 Trivia will cover a range of topics like history, food, art, and technology. Tom Hanks will still feature in the game though, utilizing his dulcet tones as its narrator.

While Hanx 101 Trivia is the first game that Tom Hanks has created it’s not his first rodeo on the App Store. Back in 2014 he launched Hanx Writer, a typewriter app inspired by his love of the mechanical writing device.

If you want to play Hanx 101 Trivia when it launches, all you need is one of the best iPhones, best iPads, best Macbooks, or an Apple TV 4K, as well as an Apple Arcade subscription. A subscription costs just $5 / £5 / AU$8 per month, so even if you’re only interested in trying Hanks’ game it’s not much to spend for the opportunity to play it for 30 days.

And if you can’t wait until September 2, here are the best Apple Arcade games you can play right now. 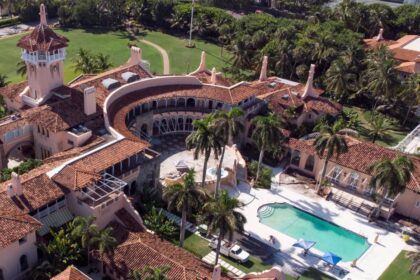 The former President’s legal team is weighing the decision to satisfy the DOJ’s demands that all sensitive government documents are returned CNN.com – RSS Channel – HP Hero