Soundbar maker Nakamichi has announced a pair of systems that go heavy on the bass – really heavy. The ShockWafe Elite 7.2 eARC soundbar system ($1299, available end of September) is notable for its dual 8-inch subwoofer configuration, while the ShockWafe Elite 7.1 eARC ($899, available now) features a similar feature set but comes with a single, yet sizeable sub with a 10-inch woofer.

Each system comes with a soundbar that features six front-facing coaxial “extended range” drivers comprising the left, center, and right channels, plus a pair of side-mounted “surround effects” tweeters. These combine with a set of two-way wired surround speakers that can be positioned in a “Full Elevation” configuration optimized for Dolby Atmos playback.

While there are no upward-firing drivers on the soundbar, Nakamichi’s proprietary SSE Max processing features a Spatial Audio option that works with the surround speakers to create a “360 Degree” presentation, with support for both Atmos and DTS:X soundtracks. Dolby Surround and DTS:X upmixing for stereo sources is another processing option both systems offer.

Connections on the new Nakamichi systems are wide-ranging, with 3 HDMI inputs  plus an HDMI output with eARC support. There are also both coaxial and optical digital inputs and wireless streaming via Bluetooth Apt-X HD, a higher-res step-up option from the regular Bluetooth wireless that’s bundled with most soundbars.

Two subwoofers can be better than one – especially for soundbars

Nakamichi’s ShockWafe Elite 7.2 eARC soundbar system may lack the upfiring drivers found on high-end competitors like the Sonos Arc, but it does provide one important feature that the Arc lacks: not just one subwoofer, but a pair of them.

Using multiple subwoofers in an audio system allows for more even, and evenly distributed, bass than a single sub can provide. And using two – or more, in the case of Sennheiser’s not-yet-announced but leaked new Ambeo model – of them with a soundbar is a particularly good idea because the subs that come with most soundbar systems tend to get positioned in places where they won’t deliver the best performance (there is an art and a science to subwoofer setup).

Of course, you can add Sonos’ own Sub to any of its soundbars, including the Arc, but that will add a whopping $750 to its $799 / £799 / AU$1,399 price. (You can also apparently add two subs to a Sonos ‘bar, but at even greater cost.) That’s why many Sonos soundbar owners are waiting it out for the company to release its less pricey Sonos Sub Mini – though  that product release has been pushed by the company from late 2022 to 2023.

In the meantime, anyone looking for a powerful and feature-packed soundbar system should be investigating these promising new offerings from Nakamichi, which on sheer specs alone could easily rank among the best soundbars. 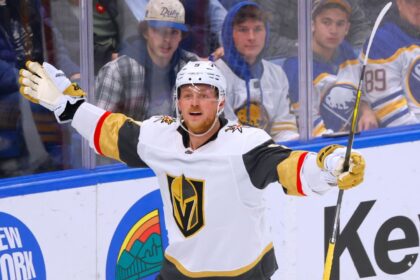 November 11, 2022
After 44 years, London’s first Arabic bookshop closes down
Automattic’s website ad tool could give Instagram and Facebook ads a run for its money
Spooky movies to get you in the Halloween spirit
Adobe: CIOs increasing investment in digital workflows