The Japanese government is looking to eliminate the use of floppy disks as it aims to reduce its reliance on outdated technology.

Taro Kono is now looking to rewrite rules that demand the use of floppy disks and equally outdated CD-ROMs when sending data to the government in Japan.

Bloomberg reports that the news was revealed at the 5th Digital Society Concept Conference, where it was part of plans to launch a national ID number for all Japanese citizens.

This new ID system, set to be called MyNumber, forms part of the Japanese government’s future digital services, much of which will require the uploading of data to online platforms.

However, in researching the needs for the program, Kono and his department found more than 1,900 regulations concerning how data can be shared with the government, many of which stipulate the use of floppy disks or CD-ROMs, as uploading data over the internet is not permitted for security reasons.

Kono has now said his department will look to fix these regulations so that the modernization efforts can continue.

The move is only the latest in a series of efforts in Japan to decrease the reliance on older technology. The Register notes that former prime minister Yoshihide Suga looked to crack down on the use of fax machines and seals, although this was unsuccessful due to him losing his job.

> These are the best microSD cards around today

> Dell, Lenovo and HP kill laptops with hard disk drives, marking the end of an era

However, a survey in May 2022 found that the fax machine is still very much alive and kicking, with the majority (54%) of companies saying they had between 6 and 50 fax users, and a fifth claiming there were 51 or more fax users within their organizations.

Looking to boost your capacity? Here’s the best cloud storage services around 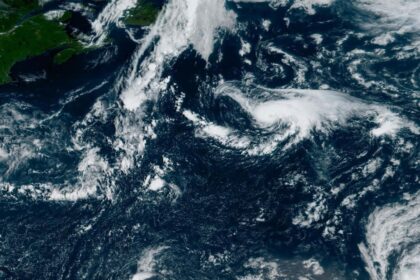