We’re now just a week away from the September 7 launch of the iPhone 14 line, but the rumors haven’t stopped rolling in, with a new expansive leak covering everything from the colors to the battery sizes, charging speeds, storage, and more.

This comes from Lanzuk – a known leaker – on Naver, a South Korean blogging platform, and spotted by BGR. The leaker’s information apparently originates from a “US developer source” – presumably they mean a developer who works for Apple, but that’s not specified.

In any case, among the many things listed here is that the new A16 Bionic chipset will unsurprisingly offer better performance than the A15 Bionic; with the improvements apparently largely coming from superior thermal management – meaning it can keep cool under pressure, so performance isn’t throttled.

It’s worth remembering though that reports suggest only the iPhone 14 Pro and iPhone 14 Pro Max will get this new chipset, while the vanilla models will retain the A15 found on the current iPhone 13 line.

That’s not the first we’ve heard of these shades – in fact as our iPhone 14 colors guide shows, that exact selection has previously been rumored, so there’s additional credibility to this potential palette. We also recently got a look at how the purple shade and some of the others might look.

But we’ve gone beyond the leaks and created some mock-ups of how these shades might look in reality. You can see an iPhone 14 colors gallery below.

We’ve used a photo of an iPhone 13 as the basis for these images, as we’re not expecting huge design changes, especially on the rear.

Then for the possible iPhone 14 Pro and 14 Pro Max shades, we’ve used an edited iPhone 13 Pro photo, as you can see below.

Back to the leak, the source also claims that the battery sizes on the iPhone 14 line will be bigger than their predecessors. Despite this, they say the size is “very small,” but it’s possible that they mean the increase is small. Also, on the battery front, 30W charging will apparently be offered for the first time on an iPhone.

Storage will reportedly start at 128GB, tough Gorilla Glass Victus will supposedly be used (no mention of Apple’s own Ceramic Shield in this leak), and intriguingly the prices may apparently “be in a completely different direction than expected.”

That’s frustratingly vague, but for reference, previous leaks pointed to a similar starting price to last year for the standard iPhone 14, with the Pro models being around $100 more expensive than their predecessors.

There are a few other interesting little nuggets here too. Apparently the MagSafe magnets will be stronger this year, and a titanium prototype was supposedly explored, but Apple is said to have dropped the idea due to costs and manufacturing issues.

Analysis: telling us what we already know

Most of the details here are things we’ve heard before, from the colors to the increased battery capacities, the 30W charging, the starting storage, and the faster chipset.

As such, while this leak is expansive it’s not overly exciting – though there a few new little details in there; like the improved thermal management.

But a lack of excitement is okay, because the fact that we’ve heard most of this before increases the likelihood that it’s true. Especially this close to launch, where all the details will be nailed down, and leaks will be harder for Apple to avoid.

So we’ll find out for sure on September 7 at the next Apple event, but for now we’d guess that most of the above information is accurate.

Asus Zenfone 10: what we want to see

Texting is 30, which means most adults don’t remember life before it 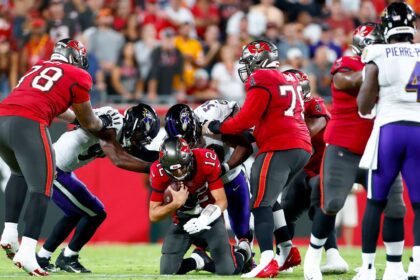