If you’ve thought that your work documents need a bit more personality and color, then a new Google Docs update could be just what you need.

The office software is making it easier to add emojis to your work by allowing users to search for and insert the symbols directly inline with your text.

Users will now simply need to type in “@” followed by the term, emotion, object or whatever other thing they need to bring up a pop-up menu of emojis.

In addition, users can also type “@:” or “:” to see a dropdown list of emojis and the option to navigate to the entire catalogue of emojis.

The new feature, which is on by default and requires no admin control, is rolling out now, and is available to all Google Workspace customers, as well as legacy G Suite Basic and Business customers, along with users with personal Google accounts.

The company notes that the update builds on its emoji reaction feature, launched for Google Docs back in April 2022, allowing users to react to sentences and paragraphs, similar to how users can react to messages in a group chat, to provide a less formal alternative to comments.

> Here’s our pick of the best productivity tools around

The update is the latest release from Google Workspace as it looks to make offerings such as Docs more useful to customers across the world.

This includes a new Google Docs update that gives users the ability to select multiple pieces of text from different places at once, making formatting and editing documents faster by eliminating the need to make repetitive changes.

The service will also flag up any “inappropriate” language, as well as instances in which the writer would be better served by using the active rather than passive voice.

We’ve rounded up the best online collaboration tools around 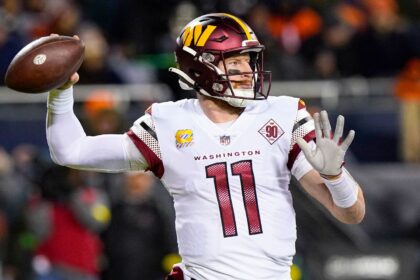 Source: QB Wentz to have surgery on finger www.espn.com – TOP