Task Manager in Windows 11 has always been a last resort for users trying to troubleshoot their PCs, me included, but it’s been left by the wayside by Microsoft for years. Yet with the upcoming Sun Valley 2 update, it’s finally getting a redesign that brings it up to a modern standard, such as dark mode.

Pressing CTRL+ALT+DELETE is a shortcut etched into the minds of many a Windows user, and has always launched Task Manager. It can forcibly close apps, prevent others from launching when you switch on your PC, and see how much memory some apps are using.

There’s a bunch of improvements currently in testing that are bound to please a lot of users. You can try it in the Windows 11 Build 25188, available in the Dev Channel if you’re signed in to the Insider program, which allows you to try out features that may or may not appear in a future Windows 11 update.

A Task Manager for everyone

Straight away you can see that the design has been refreshed to adapt the Fluent Design interface, which can be seen in Paint, Snipping Tool and other apps that have been updated in the same fashion since Windows 11 came out in October 2021.

However there’s more beneath the surface that’s made me breathe multiple sighs of relief. With the options being moved to the left instead of tabs at the top as before, there’s plenty more that you can do with apps and services in Task Manager.

You can enable ‘Efficiency Mode’, which can limit how apps use your PC in memory and processor usage to better control your laptop’s battery life for example.

The design of this new Task Manager also makes it easier for touchscreen devices, which will make my wife’s touchscreen laptop even easier to use in Windows 11 when some apps are refusing to shut down.

This is a further attempt by Microsoft to make its apps cohesive across the board in Windows 11, from the visual flares to the new features that can give users better control over how apps use the hardware in a PC.

However we’re yet to hear as to when Sun Valley 2 will arrive for everyone, which looks to bring tabs to File Explorer and an improved Settings app. Regardless of when it may appear, the vast improvements it looks to bring could alleviate any frustrations with what some users have been experiencing with Windows 11 so far.

Texting is 30, which means most adults don’t remember life before it 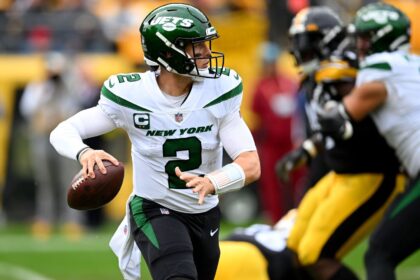