JBL’s just-announced Tour Pro 2 true wireless earbuds come with a smart screen on the case – and although they won’t be here until January, I’ll be first in line to get mine.

Contents
Analysis: JBL’s smart case is a first in earbuds – and others had better follow suitJBL Wireless over-ears taking second billing? Okay then

Think back through your life in terms of pivotal ‘ah’ tech moments and you’ll probably be able to roll off three or four paradigm-shifting instances. Mine would include the first time my sister and I got dial-up internet on dad’s Sony Vaio from the telephone line in our room; using Skype video calling to actually see someone hundreds of miles away; LimeWire music downloads, and Spotify – which I’ve now shunned in favor of higher-resolution music streaming, but that’s another story.

The thing is, I’ve just added a new ‘ah’ moment to the list – namely the new JBL Tour Pro 2 earbuds’ charging case. It beats the cases offered by of any of the best true wireless earbuds currently on the market by a country mile.

I will not mince words: this case changes the game. In addition to the app and the on-ear controls, you can grab the case, scroll through various customizable options from the home-screen, see a visual representation of the remaining battery life in each earbud as a percentage (how many times have I criticized manufacturers for installing one lowly LED light on a charging case; a poor indicator for remaining juice?), adjust the noise cancelling and even accept messages.

Analysis: JBL’s smart case is a first in earbuds – and others had better follow suit

You can scroll the ANC and Spatial Audio profiles on the Tour Pro 2’s case, and even answer calls, leaving your phone somewhat redundant…  (Image credit: TechRadar)

I’ve spent the past three-and-a-half years testing some of the best noise-cancelling earbuds on the planet, and I’ve never seen anything like these. Just to make myself abundantly clear though: there’s a whacking great touchscreen on the case, and it changes everything. It’s almost like having a smartwatch (possibly even one of the best smartwatches) tacked on to the earbuds.

The first true wireless earbuds arrived in 2015, and by late 2018, most consumer ‘buds gave you a wire-free listening experience and maybe a few on-ear controls if you were lucky, and that was about it. Oh, how things have changed…

JBL calls the Tour Pro 2 earbuds its “most powerful and feature-rich headphones yet, pushing the performance to the next level with a smart, seamless user experience and superior audio, including immersive JBL Spatial Sound and the first true wireless earbuds to be encased in JBL’s innovative smart case”.

I tapped and swiped the Tour Pro 2’s 1.45-inch LED touch display at a recent meeting with JBL to manage music, customize the earbuds, and check my call history, messages and social media notifications in real time (all without touching my phone)  – and you can now receive a call by tapping your earbuds’ case.

The back of the JBL Tour Pro 2 case hasn’t been forgotten about: this rubberized pad adds traction and means you (hopefully) won’t swipe it off your desk and crack the screen (Image credit: TechRadar)

The underside of the case also has a rubberized portion which adds traction and means you won’t inadvertently swipe it off your desk – a small detail, but as a highly gestural person I love it.

More than just being a conversation-starter though, this screen encourages me to leave my phone in my bag – and as any commuter knows, that is a huge shift in priorities. Typically, my earbuds case is thrown into a bag and forgotten about, until I need to put the buds away, but this development makes the case my go-to device for managing calls and messages, and well as music.

Leaving the case to one side just for a minute, the 10mm dynamic drivers and Bluetooth 5.3 LE audio-compatible earbuds boast a whole suite of new features too.

You can customize the sound by telling the buds which sonic profile sounds best to you, in the Personi-fi 2.0 software, or take the Ear Canal Test in a noisy environment and then relax as the hybrid True Adaptive ANC does the rest. If you need to take a call, the six-mic setup promises crystal-clear audio – and the advanced built-in voice recognition can react to your voice, pause music and enable Ambient Aware, then resume the tunes once the conversation is over.

And with up to 50 hours of playtime (or 30 hours with ANC activated) and a very good 10 in just the buds themselves before they need charging, they’ll outlast a road trip. Fast charge means 10 minutes plugged in will get you five hours of playtime too, if you’re in a hurry, but the case can also charge wirelessly.

It’s rare that a product vying to be a set of the best over-ear headphones out there is thrown into the shade by a pair of earbuds, but here we are. They don’t boast a case, but the upcoming JBL Tour One M2 (successors to the JBL Tour One Wireless) come bearing many, many new promises and perks.

For reference, the Sony WH-1000XM5 weigh 250g and boast a 30-hour battery life, while the excellent Sennheiser Momentum 4 Wireless weigh 293g and promise 60 hours of stamina – but neither design can fold up as the Tour One M2 cans, er… can.

Premium, yes, but as I have already disclosed, I’ll be getting my Tour Pro 2 as soon as I’m able… and you should check back in the new year for a full-fat review from me. 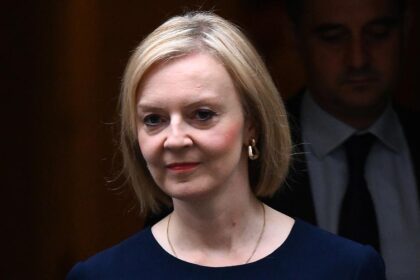 September 30, 2022
Gunmen kill dozens in Ethiopia’s Oromia region: Report
WHO warns of disease threat amid Horn of Africa drought
Intel Arc GPUs aren’t doomed – but can Battlemage really save them?
U.N.: China May Have Committed ‘Crimes Against Humanity’ in Xinjiang